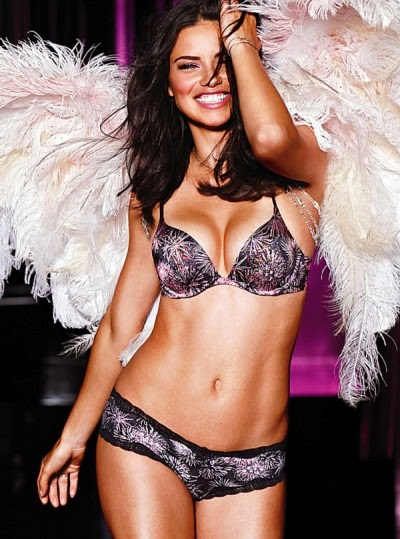 Right now we celebrate hottie former angel Adriana and her body of work as we take a peek at pop culture, community news and top headlines to start the day.

Sign up to myFT Daily Digest to be the first to know about Rail news. The board of the Kansas City Southern railroad is reconsidering a $27bn offer from Canadian Pacific, despite an agreement to sell the company to a rival, after a US regulator rejected how the earlier deal was structured.

KANSAS CITY, Mo. - A warning to parents to take COVID-19 seriously after an 1,100% increase in cases among children. The Kansas City, Missouri Health Department said cases in the last two months exploded among children 12 and younger. The health department released some numbers Thursday that show the impact COVID-19 has on children, 12 and under.

One person hurt in Independence shooting

KANSAS CITY, Mo. - One person was hurt in a Saturday night shooting in Independence, Missouri. According to the Independence Police Department, the shooting occurred at around 10 p.m. in the 300 block of East Walnut. Two groups were involved in the shooting, and multiple shots were fired with one subject being struck.

Adriana Lima looked sensational in a stylish oversized white blazer and high waisted wide leg trousers at the 78th Venice International Film Festival on Friday. The model, 40, showcased her toned midriff as she donned a white floral patterned bra inside the blazer for the star-studded event.

U.S. President Joe Biden will visit all three sites of the Sept. 11, 2001, hijacking attacks next week to honor the nearly 3,000 people killed and mark the 20th anniversary of the most lethal terrorist assault on U.S. soil, the White House said.

Donald Trump is reportedly close to selling rights to his hotel near the White House in Washington, a move the website Axios said "would carry a symbolism savoured by opponents", given it would mean "the removal of Trump's brash, golden branding from Pennsylvania Avenue".

As China woos the Taliban, Uyghurs in Afghanistan fear for their lives

(CNN) Tuhan's family crossed the border from China's western Xinjiang region to Afghanistan 45 years ago to escape persecution. Now, as the Taliban exerts control over the country, she fears she and other ethnic Uyghurs could be sent back to China by members of the militant group keen to curry favor with Beijing, which has been accused of carrying out a genocide on the Muslim minority.

Joe Rogan revealed he tested negative for coronavirus in a health update shared Friday to Instagram. "Tested negative today! Thanks for all the kind wishes!" Rogan captioned a photo of his negative test result. The podcast host originally announced the news about his diagnosis Wednesday on his Instagram.

ABBA back with new music after nearly 40 years

Swedish supergroup ABBA are back with new music for the first time in almost 40 years. The band announced in London that a new album will be released in November, and a new show next year will see the band reunite in the form of digital avatars on stage.


Salvy Can’t Save Royals By Himself

Let's just start with the part you want to know about. Salvador Perez hit two more home runs, tonight. A two-run blast in the third and and a three-run wall scraper in the fifth. The only bummer about the homers was that they each brought the Royals to within three.

Celebrate tomato season with this salad from Novel in Kansas City

At Novel in Kansas City, chef Ryan Brazeal - who co-owns the Crossroads restaurant with pastry chef Jessica Brazeal - focuses on high-quality ingredients, concise cooking methods and expert execution. To celebrate the season, the duo recommends ordering the heirloom tomato salad on your next visit.

ABBA - I Still Have Faith In You is the song of the day and this is the OPEN THREAD for right now.