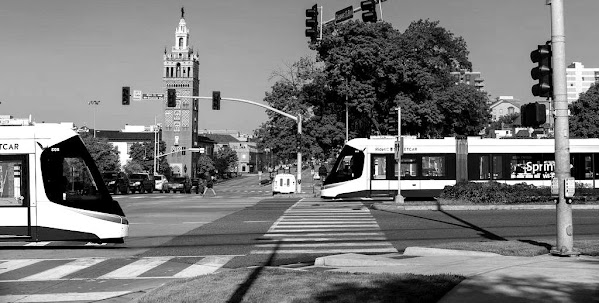 Credit to college J-School Kangaroos for filing a report that actually offers a bit of practical info without the paywall.

Here's a peek at how commuter times and sidewalks will be destroyed weeks & months to come . . .

Currently, most of the construction is happening between Main Street and Volker Boulevard. However, KC Water plans to shift its focus towards the following regions later this month:

Meanwhile . . . The newspaper files a far more esoteric report that seems like they just discovered capitalism & property taxes last month. Thankfully, I think it's hidden by their revenue killing paywall.

Kansas City Star: "Could the streetcar expansion tax people out of their homes? One homeowner thinks so"