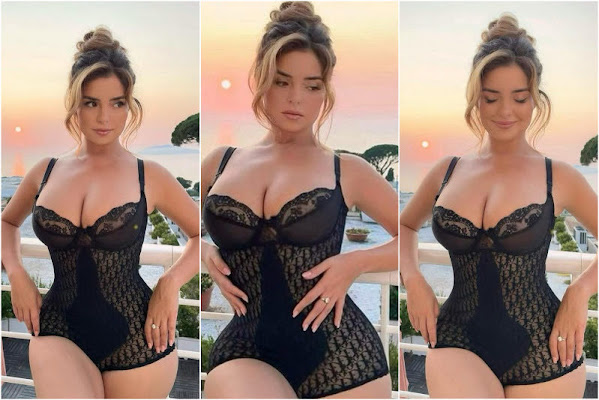 Inspired by hottie Demi and her body of work, we take a quick peek at pop culture, community news and top headlines for Saturday night . . .

Although the school board voted 4-1 Thursday night in favor of continuing mask requirements for students, because of a recent bill signed by Missouri Governor Mike Parson that restricts local governments on health orders and prohibits the requirement of vaccine passports, the board was required to have five votes to continue the mask mandate.


Rock Chalk COVID Behind The Scenes

University of Kansas Hospital doctors have provided daily updates throughout the COVID-19 pandemic. And as the delta variant continues to surge throughout the Kansas City metro, Dr. Dana Hawkinson gave KSHB 41 anchor Dia Wall a live, virtual tour of one of its COVID-19 intensive-care units.

Scroll for the action. Demi, who made 2020 headlines for quitting the U.K. and moving to Ibiza, Spain, is now on vacation in the celebrity-adored Capri region, where photos have been showing her soaking up the sun and turning up the heat via her figure-flaunting outfits.

On the 20th anniversary of the terrorist attacks that changed his presidency, former president George W. Bush on Saturday warned there is growing evidence that domestic terrorism could pose as much of a threat to the United States as terrorism originating from abroad, and urged Americans to confront "violence that gathers within."


New Boss Not So Nice

A group of Taliban fighters beheaded an Afghan soldier in a grisly video which also showed them celebrating while yelling "God is Great" and praising the Taliban supreme leader Hibatullah Akhundzada. The 36-second video, obtained by the Washington Examiner, was originally posted to a private Taliban chat room about a week ago.

Biden has always prided himself on his oratorical skills, which he had honed over time despite a childhood stutter. Sometimes, they worked to his benefit - like when he was hailed early in his career as the leader of a new generation of Democrats and presided over the Judiciary Committee during critical Supreme Court nomination hearings.

Former President on Saturday hinted that he might run for president again in 2024 during a visit on the 20th anniversary of 9/11 to the New York Police Department's (NYPD) 17th precinct. The former president, a New York native, spoke briefly about the Sept.


Locals Work For US Neighbor

Surgeon Dr. Ted Higgins recently returned from a medical and humanitarian mission to Haiti following a 7.2 magnitude earthquake. In 2016, Higgins founded the Higgins Brothers Surgicenter for Hope in the country. The facility helps train doctors and surgeons. It operates on a "pay what you can" model.

Shooting for a great cause

Sunday will be sunny, high near 92

Hide Transcript Show Transcript THAT IS WHY WE ARE EXPECTING A GHHI OF 92. THIS EVENING ASOU Y HEAD OUT, TEMPERATURES SLOWLY DROP INTO THE LOW 80'S BY 10:00. CLEAR SKIES. BY 10:00. OVERNIGHT LOWS INTO THE 70'S' TOMORROW MORNING, FOR SUNRISE,PT THAT IS YOUR LOW FOR THE MORNING START AND BY AFTERNOON, THE SUNSHINE AND STRONG BREEZES AGAIN UP TO 92 DEGREES.