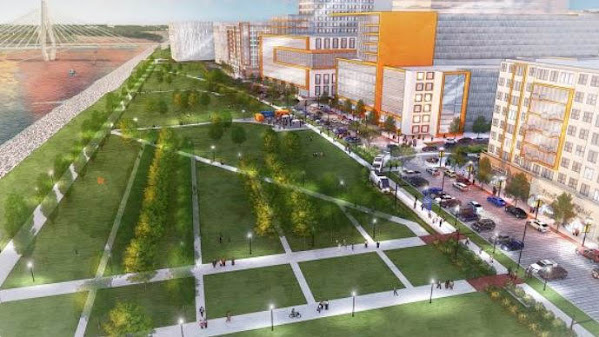 Developers are getting into the "house-less" fight in their desperate search for local government tax breaks.

Whilst we might think that a van down by the river is an appropriate place for hobos . . . Let's not forget that this upscale enclave has earned MILLIONS in support form taxpayers and residents paying full price might be someone dubious about the plan to live next to a homeless rehab project.

Here's a www.TonysKansasCity.com quote from a developer hack blog . . .

"The tentative plan calls for what’s being described as “integrated supportive housing” that would include one-, two- and three-bedroom units.

"Fifteen apartments would be dedicated to persons identified as chronically homeless, the remainder would be for households at or below 60 percent of the area median income, according to the preliminary filing with planners.

"The Espero project also would include a resident community room, fitness room, service office and management space. The filing indicates the developers will be seeking tax incentives to help finance the plan."