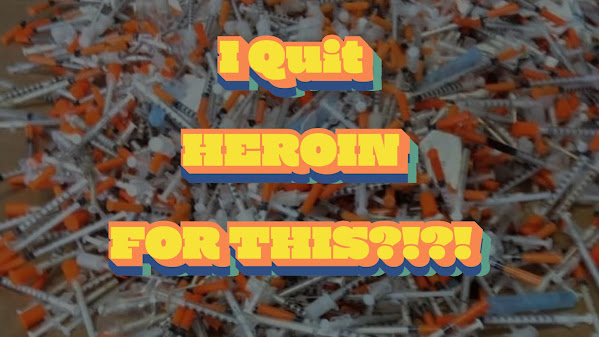 The American labor crisis continues to worsen and it's impacting everything from hospitals to donuts.

We started blogging this story when a bunch of LaMar's donut employees walked out.

And then the trend expanded when local medical staff at Truman Med Center quit rather than taking the vaxx.

The labor crunch will spike Kansas City donut prices . . . And American healthcare continues to move toward 3rd world status amid the ongoing plague.

Heck, even KCPD is having a great deal of trouble keeping their work force intact.

In this post we gather a few more resources on the trend that offers a rare advantage for savvy workers over greedy and often incompetent bosses in a surprising bit of capitalistic karma.

Who Is Driving the Great Resignation?

According to the U.S. Bureau of Labor Statistics, 4 million Americans quit their jobs in July 2021. Resignations peaked in April and have remained abnormally high for the last several months, with a record-breaking 10.9 million open jobs at the end of July. How can employers retain people in the face of this tidal wave of resignations?


The great resignation: Boomers and Gen X stay put, while millennials and Gen Z walk away

The Transform Technology Summits start October 13th with Low-Code/No Code: Enabling Enterprise Agility. Register now! 19% of surveyed workers left or considered leaving a job in the last year. However, there is a generational divide; 27% of millennials and 31% Gen Z have stated this, compared to just 13% of boomers, according to new research from Amdocs.


Perspective | During the 'Great Resignation,' workers refuse to accept the unacceptable

The coronavirus pandemic caused massive unemployment due to layoffs and business failures - but also a record number of voluntary departures. In the "Great Resignation," workers in all industries and professions are less likely than ever to put up with conditions that they find unacceptable.

ATLANTA (CBS46) - When the pandemic first began, some economists predicted another recession. instead, we're seeing a different phenomenon: the "Great Resignation" - people leaving their jobs in droves and finding new ones. "Being at home and having a lot of time to reflect, there are a lot of people who just looked at their life and said, 'You know what?


This is what's really behind the Great Resignation

The past two years have seen the most dramatic shift in the labor market in at least century, or maybe ever. In April 2020, the national unemployment rate in the U.S. reached 14.8%-the highest rate observed since data collection began in 1948. It was due, of course, to national lockdown orders at the beginning of the pandemic.


During the Great Resignation, Employers Are Forgetting The Key Strategy to Keep Their People

The pandemic changed everything, and for most employee segments, it deeply affected their sense of belonging and inclusion. Against the backdrop of a " war for talent" and record-high quit rate, employees now demand flexibility, space, support, and trust from their organizations.


Make these financial and career moves before you quit your job

You may want to ditch your commute permanently or leave a job that you hate. Yet before you quit, you'll want to make sure your financial house is in order. Not only will it help you survive a period of unemployment, it will help you focus on finding your next role.