The ranks of KCPD are quickly withering amid more than a year of overwhelming criticism and a sweeping cultural shift.

Local institutions and big biz are joining activists in demands for reform against police. Real talk: This is all just a warm up for an inevitable fight for so-called local control.

"Trust and transparency are keys for change, according to leaders of the Kansas City Chamber of Commerce and Civic Council of Greater Kansas City. Both are asking the Kansas City Board of Police Commissioners for fully independent investigations of complaints against officers."

The po-po can handle their own PR and TKC only serves to point out the reality of the situation.

Not so fun fact:

Every bit of this current wave of criticism was ENDORSED by Kansas City police union leadership when they backed Mayor Quinton Lucas.

Elections have consequences and police union leaders are misleading their constituency by FAILING to acknowledge this tactical error. 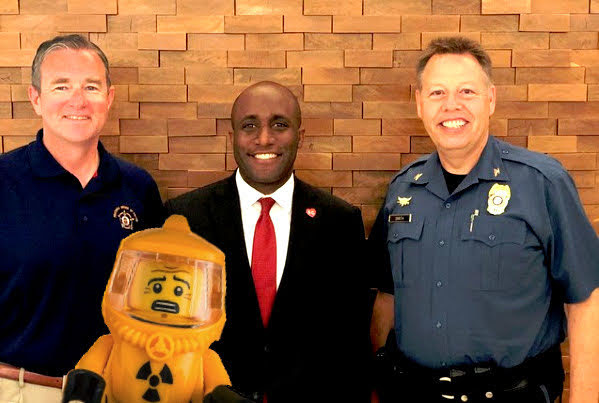 Like it or not . . . TKC and our blog community know local politics better than cops and several readers predicted this outcome.

Business leaders are urging the Kansas City Police Department to change the way use-of-force complaints are investigated.Trust and transparency are keys for change, according to leaders of the Kansas City Chamber of Commerce and Civic Council of Greater Kansas City.

Business leaders on Tuesday called for independent investigations into excessive force cases by the Kansas City Police Department while Chief Rick Smith complained about a loss of employees.


Kansas City, Missouri, Police Department said it could have less than 1,000 officers by October 2022

KANSAS CITY, Mo. - At Tuesday's Board of Police Commissioners meeting, Kansas City, Missouri, Police Department Chief Richard Smith and other top officers spoke about their concerns regarding staffing within the department. Deputy Chief Michael Hicks presented the KCPD staffing numbers to the board.