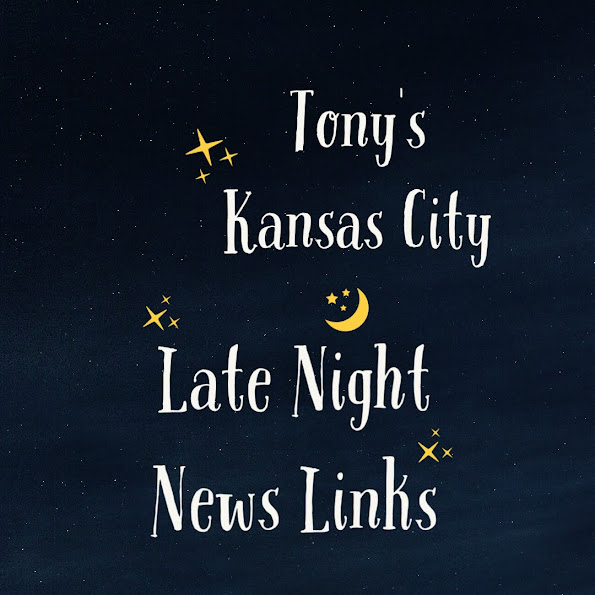 A quick peek at some of the top headlines on our mind this evening . . .

LIBERTY, Mo. - Thieves targeted two local churches in the last month, but what they stole isn't exactly what you might expect. They didn't try to break in. Instead, they stole thousands of grapes from one church's vineyard and nearby orchard.


Bad Hombre Strikes In The Burbs

MERRIAM, KS (KCTV) -- The Merriam Police Department is asking for the public's help in locating two people who were involved in a shooting and car theft. According to the police, the incident happened today in the area of Antioch Drive. That is north of Johnson Drive but before I-35.

Former President Donald Trump was defeated by Joe Biden at the ballot box last year, but the 45th president is confident he would beat his political rival in the boxing ring if the chance arose.


Apocalypto South Of The Border?!?

MEXICO CITY - Mexicans are sharing spectacular videos of bursts of blue lights seen streaking across the skies as a strong earthquake rocked the country's Pacific coast city of Acapulco on Wednesday. The 7.0 magnitude quake struck some 11 miles northeast of the resort city in the southwestern state of Guerrero.

WASHINGTON (AP) - The disconnect is jarring: Across the United States, employers who are desperate to fill jobs have posted a record-high number of job openings. They're raising pay, too, and dangling bonuses to people who accept job offers or recruit their friends.

The US could easily return to some level of normalcy if everybody would do their part against Covid-19, expert says

Covid-19 hospitalizations for those 17 and under peaked in late August at a rate approaching twice that of this year's early winter surge, according to CDC data, as many of the nation's schools returned to in-person learning.

Afghanistan crisis: Five lessons learned (or not) since 9/11

What lessons, if any, have been learned from the 20 years of fighting terrorism across the world? What has worked and what hasn't? And today, as Afghanistan is once more ruled by the movement that sheltered al-Qaeda, are we any wiser than we were on the morning of 11 September 2001?

Late night host Seth Meyers declared that "democracy is on fire" after the Supreme Court ruling on the Texas Heartbeat Act. On Wednesday's "Late Night" episode, Meyers lamented that the nation faced "a series of massive existential crises" that included a U.S. Supreme Court ruling that upheld Texas' most recent abortion ban.

Missouri teacher resigns after being told to remove pride flag, not discuss sexuality

A Missouri teacher has resigned from his position after being told to remove an LGBT pride flag from his classroom and refrain from discussing sexuality with students. John M. Wallis, a 22-year-old theatre teacher at Neosho Junior High School in southwest Missouri, announced on Twitter that he was resigning after parents complained about the pride flag in his classroom.

The Other Side: Frank Clark is poised for a big season

In the third installment of our series , we take another contrarian position, arguing the other side of the takes we may be seeing in social media and from national pundits on the Kansas City Chiefs . This week, we're taking on the belief that Frank Clark is a problem - and arguing that he might just have a career year in 2021.

Heading into the 2021 season, Nicky Lopez's career was on the bubble. With Kyle Isbel coming on strong, it looked as though Whit would move to 2nd base, leaving Nicky without a job after two miserable seasons. Then Adalberto Mondesi got hurt, giving Lopez one more opportunity.

Mostly clear with lows in the low 60s tonight. Friday through next Monday will be hotter and a little more humid with highs in the low 90s. Weather for the Chiefs chiefs game will be hot, but slightly cooler than originally expected.