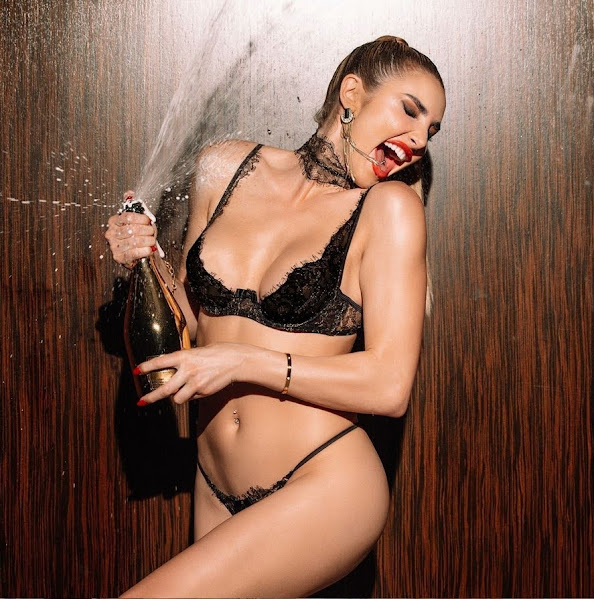 Right now we consider the Vixen pr0n brand which attempts to be a bit more "classy" than the rest but still shares more than their share of smut . . . Still, a recent social media promo featuring hottie Kenzie offers an aspirational blast.

And all of THAT inspires our peek at pop culture, community news and top headlines for tonight.

Fall is officially here. What better way to enjoy the change in season this weekend than with Lee Summit's Oktoberfest, or perhaps a free two-day music festival? And those are just two of the options. 5 - 8 p.m. There's a Latino Arts Festival Pop Up Friday evening at El Centro Inc.

President Joe Biden announced the expansion of booster shots to millions more Americans. This affects people fully vaccinated with the Pfizer shot at least six months ago, such as seniors 65 and older and residents of nursing homes and long-term care centers.There are expected logistical challenges with the new booster offering.


The Other Side Of The Bridge Is Also A Dump

Northland residents frustrated with neighbor who refuses to clean up property

KANSAS CITY, Mo. - The last couple of years have been stressful for neighbors living in a typically peaceful slice of Kansas City's Northland known as Little Village. "It's incredibly frustrating," said Carrie Redding, the president of the neighborhood association. She's talking about a neighbor who has trash piled on every side of his house.

Did Missouri's Lottery Actually Persuade People To Get The COVID-19 Vaccine?

Only 45,000 of Missouri adults who received the vaccine since the state announced its vaccine lottery have entered the statewide drawing. That's fewer than 15% of the 600,000 people who entered the drawing for $10,000 prizes, which ends next month.

If your September issue of Vogue is a little dog-eared at this point in the month, there's fresh fashion available this weekend! Kansas City Fashion Week comes to a close with runway shows on Friday and Saturday evenings. The shows-held outside in the East parking garage at Oak Park Mall to provide a COVID-safe experience-will...

Sex Workers Sick of OnlyFans Are Building Their Own Websites

Cristian Hernandez / Getty Images When OnlyFans announced its plan to scrap adult content in mid-August, only to "suspend" the decision five days later , many online sex workers who use the site were once again forced to reckon with the unstable nature of their industry.

The White House is taking steps to release information to a congressional committee investigating the January 6 attack on the Capitol about what former President Donald Trump and his aides were doing as violence erupted that day, a decision that is likely to set up a legal fight with the former President and raise questions of executive privilege for anyone who serves in the Oval Office.

subscribe to The NPR Politics Podcast podcast Two hosts of the popular ABC daytime talk show "The View" tested positive for COVID-19, moments before Vice President Kamala Harris was set to appear on-stage in what the network had touted as her first in-studio talk show interview since taking office.

The last of up to 15,000 Haitian migrants have been cleared from their encampment underneath and near a bridge in Del Rio, Texas, the US homeland security secretary announced on Friday, ending one stage of a damaging episode for the Biden administration.


Prez Pushes Back Against La Migra

President Biden on Friday took aim at Border Patrol agents who are at the frontlines of the crisis at the southern border, repeating false and widely-debunked claims that agents "strapped" migrants, and promising to make those agents "pay" -- leading to shock and anger from agents.

Police in Canada are looking for a man after he allegedly physically assaulted a nurse for vaccinating his wife without the man's consent, as reported by Reuters . Martin Carrier, a spokesman for Sherbrooke Police, said on Wednesday that the female nurse had been punched and that authorities were working to hunt down the assailant.

Rep. Alexandria Ocasio-Cortez is being dragged for "bad theater" after she appeared to break down on the House floor just moments after she voted "present" on an effort to provide $1 billion in funding for Israel's Iron Dome.


Winds Of Change Confront US

Hurricane Sam is poised to become a major hurricane Saturday - just one day after it reached hurricane status. The storm will rapidly intensify as it passes over warm 84-degree water far out in the Atlantic Ocean, according to the National Hurricane Center. Wind conditions in the area are also favorable for storm growth.

Alessia Cara is a Playfully Doomed Romantic on 'In the Meantime'

Alessia Cara has returned with a mighty pop opera. In The Meantime, her third album is about a bad romance that has the Canadian pop-R&B singer feeling like a phantom beneath a candelabra of patchouli candles.

A legacy of love: Local Mexican restaurant inspired by an abuela headed in a new direction

KANSAS CITY, Mo. - Palomino's Restaurant opened in northeast Kansas City in the mid 90s. Jose and Rebecca Montez were the love and flavor behind the business, thanks to inspiration from Rebecca's abuela back in Mexico. "You know, I was young when I came over here.


COVID Is No Joke

NORTH KANSAS CITY, Mo. - A comedy club and live music venue in North Kansas City mandates vaccine proof for ticketed shows. Ben Wendt, co-owner of The Rino, says if people want to see some good comedy or live music, they'll have to show proof of vaccination or a negative COVID-19 test from 72 hours before a show.

by: Heidi Schmidt Posted: / Updated: KANSAS CITY, Mo. - People sit in line for hours to get the best tailgating spot at Arrowhead. A smoky haze hovers over the area before every kickoff. GEHA field at Arrowhead also holds a world record for the loudest outdoor stadium in the world, and the entire city turns red every Friday before a Sunday game.

Making good on plans shared with Startland News in June, Airtasker announced this week the fast-growing Australian tech company with global aspirations has officially launched its U.S. presence via the Kansas City market, alongside pushes in Dallas and Miami. Next up: Atlanta, later this year.

A few scattered sprinkles are possible Friday night. Temperatures overnight will drop into the low 50s.

Alessia Cara - Best Days was the song for the day and this is the OPEN THREAD for tonight.