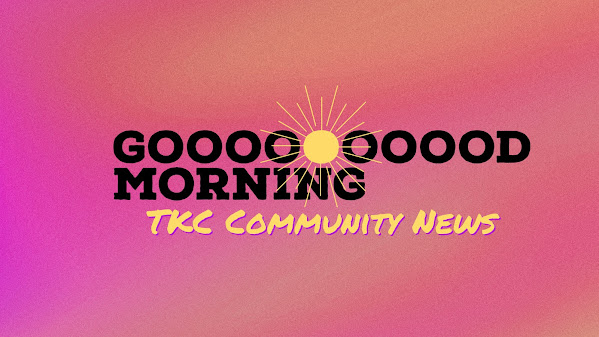 For early bird denizens of the discourse we share a quick collection of local news that's just a bit nicer than our usual gathering and offers a somewhat more upbeat look at local issues for the midweek . . .

KCPD: Fatal crash to close I-70 for several hours

SOURCE: KC Scout Kansas City, Missouri police are warning drivers that I-70 Eastbound will be closed for several hours, just east of Downtown, after a driver struck and killed a pedestrian.The crash happened shortly before 4 a.m. at I-70 and Brooklyn.Police said the highway will be shut down for several hours while officers investigate what happened.

KANAS CITY, Mo. - Laurie Schwab owns property near east 29th Street and Topping Avenue and is used to seeing dumped trash on the sides of streets. Illegal dumping is unfortunately nothing new to Kansas City. But, what she came upon recently was something new.

OVERLAND PARK, KS (KCTV) -- An Overland Park man's family has a stranger to thank for saving his life on Longview Lake. But first, they need to find him. Jordan Knox was with her dad, Dennis Knox, at Longview Lake Saturday.

KANSAS CITY, MO- Kansas City Public Schools one of the many districts nationwide feeling the effects of a bus driver shortage. Since the beginning of the school year, the shortage has impacted games, caused hours-long delays and missed routes.

KANSAS CITY, Mo. - Refugees from Afghanistan are already arriving in Kansas City, but that number is expected to grow and local organizations are ready to help. "We call ourselves friends of the refugees, which means there is no limitation to what we do for them," said Dr. Sofia Khan, Founder of KC for Refugees.

KANSAS CITY, Mo. - Dozens of real estate agents are working to fix up homes in the Lykins neighborhood this week. This is part of a partnership with Habitat for Humanity to "Rock the Block." Volunteers are doing yard work, painting and some general outdoor cleanup in the neighborhoodThey'll also be repairing windows, doors, porches, railings and stairs on homes.

A Leawood, Kansas, church is hosting a COVID-19 panel to get people answers on the delta variant.The United Methodist Church of The Resurrection promoted this meeting as a public service.They say they want good information out there so people can make informed decisions.Tonight, United Methodist answered questions that mostly focused

French comfort food in Midtown, a new taco spot in Overland Park, and other Kansas City restaurant openings for October 2021

A Republican state lawmaker in Missouri is calling for a school superintendent to resign over what he called "highly inappropriate subject matter" in a high school course that included the music video for "This is America" by Childish Gambino. State Rep.

For the first time in Sunflower State history, a bill to legalize medical marijuana passed in the Kansas House in May. Behind the effort: a locally grown coalition of cannabis advocates.

KANSAS CITY, Kan. - After being idle for more than seven months, General Motors restarted production of the Cadillac XT4 on Monday at the Fairfax Assembly and Stamping Plant in Kansas City, Kansas. According to U.A.W Local 31 representative, about 1,400 employees out of 2,000 have returned to work after a difficult few years.

This is going to be one of the shortest recaps of the season, and it's because there just isn't very much to report. The Indians beat the Royals, 4-1, on Tuesday night in a game that was over around the time games typically start here.

AREA21 - Followers is the song of the day and this is the OPEN THREAD for right now.