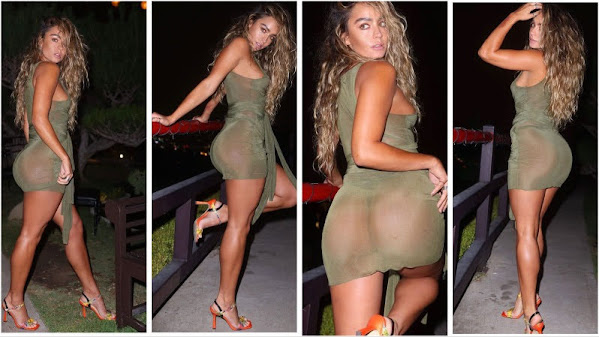 And all of THAT inspires us to check pop culture, community news and top headlines.

It was a simple challenge to a local congregation. Spread kindness, make it multiply. One family is on a mission to really make it count.One month ago, 20 families at Pleasant Valley Baptist Church in Liberty, Missouri, walked out with two things: a $100 bill and a challenge from the pastor."He said, 'If you take one of these, you have two months to try to multiply it and to do good in our community,'" said Michael Putnam, one of the people who accepted the challenge.

KANSAS CITY, Mo. - Passengers using Kansas City International Airport in August continued to help the airport recover from 2020. According to data released Monday by the Kansas City Aviation Department, nearly 760,000 passengers traveled through the airport last month, an increase of more than 135% compared to August 2020.

KANSAS CITY, Mo. - As the 2021 Plaza Art Fair came to a close Sunday in Kansas City, Missouri, the Country Club Plaza was left with a new, permanent piece of art. Over the past month, 10 artists have spray-painted murals on the south side of the old Plaza Parkway Building near Mill Creek Parkway and 46th Terrace.

KANSAS CITY, Mo. (AP) - The Kansas City Chiefs are signing former All-Pro wide receiver Josh Gordon, who was recently reinstated by the NFL after violations of its policies on substance abuse and performance-enhancing substances. Gordon's agents, Eric Dounn and Matt Leist, confirmed that Gordon was headed to Kansas City on Monday and planned to sign on to the practice squad.

Independent bookstores begin their next chapter

Sommer Ray sure knows how to tease her fans! The 25-year-old model captivated fans on social media after she posted a steamy new video from TikTok, and it displayed her famous figure on Wednesday, September 22. The beauty shared the post with her 26.7 million followers on her Instagram page, and it quickly caught the attention of thousands.

Joe Biden has spent his entire life preparing for this week

If you asked President Joe Biden to sum up his life -- and political career -- in a single term, he would probably say "deal-maker."

Polls are showing that Americans are quickly losing their trust in President Biden . Recent polling data illustrates a wavering in Americans' trust in the president, with the majority of adults in a recent Fox News poll not viewing Biden as a "strong leader."

Senate Republicans blocked a measure to avert a federal default and fund the government. It ensures that political brinksmanship will intensify over the debt ceiling, bringing the US closer to potential economic chaos. Democrats could lift the ceiling on their own, but there's no guarantee of success.

SEOUL, SOUTH KOREA - North Korea fired a suspected ballistic missile into the sea early Tuesday, Seoul and Tokyo officials said, in the latest in a series of weapons tests by Pyongyang that raised questions about the sincerity of its recent offer for talks with South Korea.

Marine Lt. Col. Stuart Scheller, the officer who went viral for blasting the military's leadership amid the chaotic withdrawal from Afghanistan, has been sent to the brig, according to a report. "All our son did is ask the questions that everybody was asking themselves, but they were too scared to speak out loud," Scheller's father, Stu Scheller Sr., told Task & Purpose.

R. Kelly has been found guilty of sex trafficking. Now what happens?

Following weeks of graphic and emotional testimony, R. Kelly was convicted Monday on all counts in his New York sex-trafficking trial. But what happens now? "To the victims in this case, your voices were heard and justice was finally served," Acting U.S.

Border Patrol agents feel they have been "thrown under the bus" by the Biden administration with its response to photos of them on horseback pursuing Haitian migrants in Del Rio, Texas, according to a top union official.

WASHINGTON (AP) - The Biden administration on Monday renewed efforts to shield hundreds of thousands of immigrants who came to the United States as young children from deportation, the latest maneuver in a long-running drama over the policy's legality.

Will Smith reveals that he and Jada Pinkett Smith decided at one point in their marriage they were no longer going to be monogamous: 'Marriage for us can't be a prison'

Will Smith spoke about his marriage to Jada Pinkett Smith in a new interview with GQ. The star said they chose to be monogamous "for the large part of our relationship." Smith explained that "marriage for us can't be a prison" and the two have "trust and freedom."

KANSAS CITY, Mo. - For the first time under quarterback Patrick Mahomes, the Kansas City Chiefs have a losing record, following a loss to divisional rival the Los Angeles Chargers at home on Sunday. But despite the crushing loss, Mahomes and his favorite target tight end Travis Kelce still managed to make their way into the record books.

It's Time to Strutt With Your Mutt


Local COVID Tech For The World

KANSAS CITY, Mo. - An invention built in Kansas City, Missouri could soon be deployed in Africa to get the COVID-19 vaccine to those who so desperately need it. FOX4 first told you about Vaccine Pods, an idea developed by a former KCFD battalion chief, in January. As the U.S.

Unseasonably warm again for your Tuesday

Hide Transcript Show Transcript FOR THE WIND EVEN GUSTIER THAN THAT AND THEY'LL CONTIENU TO BE PRETTY STRONG AT LEAST UNTIL THE SUN LOWERS IN THE SKY BY 8 O'CLOCK OUR TEMPERATURE BE RIGHT AT ABOUT 80 DEGREES AND THE WINDS WILL BE HOPEFULLY LESS THAN 10 MESIL PER HOUR BY THEN SOUTH AT SIX BY TEN O'CLOCK LOW TEMPERATURES BY TOMORROW MOINRNG.