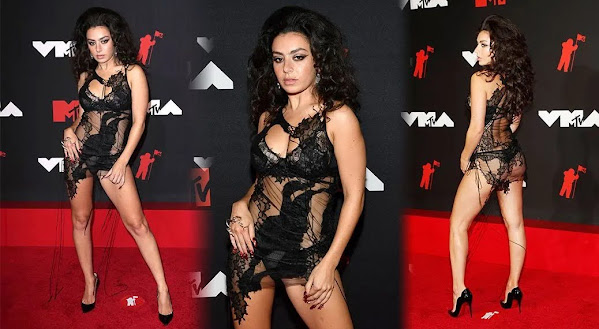 The long saga to revitalize the aging Barney Allis Plaza and its crumbling underground garage has taken another turn, this time due to a new proposal to add 300 units of affordable housing to the mix. City Manager Brian Platt has asked consultants to return to the drawing board for a Barney Allis project that's been in the works for two years.

Just after 2am Sunday morning, KCPD officers responded to the area of Independence and Spruce on the report of a collision involving a motorcycle. Officers determined that a Yamaha motorcycle had been eastbound when it collided with a Chevrolet SUV which was making a left-hand turn from the westbound lanes.

Kevin Strickland will be in court Monday to fight for his freedom.Strickland was convicted for a 1979 triple murder in Kansas City. He's been in prison for 43 years.Jackson County Prosecutor Jean Peters Baker said she has evidence that will prove his innocence.

All eyes are usually on the glitzy gowns the celebrities wear to the MTV Video Music Awards. However this year, the stars appeared to battle it out for who could flash the most flesh, as Megan Fox, Ciara, Ashanti and Charli XCX all took to the red carpet in next to nothing at the Barclays Center in New York on Sunday.

It may take many, many more vaccine mandates to end the Covid-19 pandemic, Fauci says

Millions of Americans still need to get vaccinated in order to slow or stop the spread of Covid-19 and getting the pandemic under control could take "many, many" more vaccine mandates, Dr. Anthony Fauci said.


Fight The Future For Free Money

Democratic leaders are vowing to plow forward: They have a soft deadline on Wednesday for roughly a dozen Senate committees to finish drafting parts of the bill, and want to pass the $3.5 trillion spending plan in the House by the end of the month.

How Qatar's role in Afghanistan helped to restore U.S. relations

Britney, 39, shared her happy news on Sunday on Instagram She posed with a massive diamond ring from her longtime boyfriend-turned-fiancé Sam Asghari, 27 Fans have since urged the hit-maker to make sure her husband-to-be signs a prenup While Britney made sure one was in place before she wed her


For Those Who Don't Tune Out New Woke Musicians

Lil Nas X took home the biggest award of the night. Justin Bieber and Olivia Rodrigo also won in top categories during the ceremony in Brooklyn.

Patrick Mahomes sets another NFL record, aims to add to it next week

KANSAS CITY, Mo. - Chiefs quarterback Patrick Mahomes has another NFL record to add to his ever-growing list of accolades and achievements. Mahomes threw for 337 yards and three touchdowns in the Chiefs comeback win against the Cleveland Browns at GEHA Field at Arrowhead Stadium Sunday afternoon.

For UMKC graduate and shop owner Ben White, Transit Coffee was less a lifelong dream and more a perfect opportunity to do what he loves while serving the Kansas City area. Transit Coffee, which will not officially open until Sep. 3, is located on 40th and Main and recently replaced Oddly Correct ...

Monday: Another smokey, warm, windy day. 87° SW 10 g25 mphTuesday: A passing light shower early then storms developing after 3 PM. A few could produce hail and strong winds. Most will remain below severe levels but could produce 1-2" rain. Street flooding could be an issue early Wednesday morning.

Charli XCX - Good Ones is the song of the day and this is the OPEN THREAD for right now.