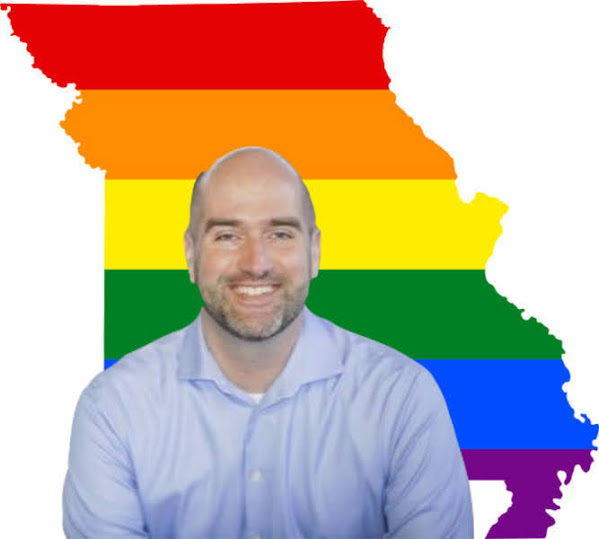 For newbies, here's a fundamental lesson . . .

A big part of politics is about forming coalitions with like-minded people in order to garner greater representation.

The voting game is also about a lot of shady backdoor shenanigans but that post is for another day.

They're a SUPER MINORITY party and even when running against BOOGEYMAN FORMER PREZ TRUMP they still managed to lose EVERY STATEWIDE CONTEST.

Missouri Democrats have become possibly the most hapless, misguided and incompetent group of politicos the Midwest has ever witnessed.

They stand to lose even more ground in the upcoming midterms as Republicans are out for blood and even the most diehard CNN pundit expects a massive red wave.

Don't get it twisted . . . TKC is not MAGA and we completely recognize that a great deal of KCMO will always vote along Democratic Party lines . . . That's a fact of life and somewhat comforting.

Missouri State Senator Greg Razer entered office as a one issue candidate and his focus on the expulsion of a historical exhibit seems myopic and lame given so many other worthwhile challenges confronting Kansas City.

What's worse is that he does a disservice to every other LGBT office-holder who might follow . . . His focus is stereotypical and typecasts every openly gay politico into the role of activist.

Meanwhile . . . Kansas City continues to lose ground in Jeff City and Missouri Democrats risk becoming even less than totally irrelevant . . . The current doldrums endured by the Missouri Dems and their DOUBLE DOWN ON IDENTITY POLITICS threatens to bolster the ranks of Republicans and chase away voters who would otherwise support the more important items from their agenda like healthcare access, more money for education, voting rights and higher wages.

In the early morning of March 5, 1999, I sat in my college apartment in Columbia and told my roommate and best friend that I was gay. It was the first time I had ever said those words to another human being. There it was - my secret was out.