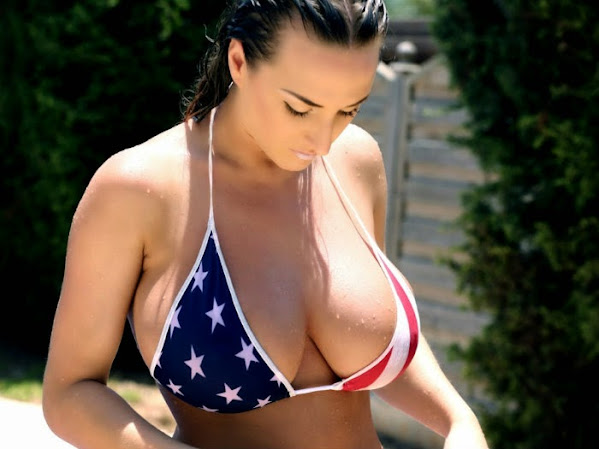 Right now we "consider" hottie Stacey as we share this collection of pop culture, community news and top headlines on Labor Day.

Kansas City Save The World

One week after the last U.S. military aircraft left Afghanistan, plans are in motion to charter a plane to help Afghan allies who were left behind."It's been heartbreaking, frustrating and at times, you know, angry about what is happening," said Jennifer Vitela, a former U.S.

KANSAS CITY, MO (KCTV) --- A Kansas City metro woman with closes ties to the medical field is speaking up about her COVID-19 survival story after spending months on a ventilator. Amy Catron says from the start of the pandemic, COVID-19 has been a major part of her life.

'I don't even have time to mourn': Kansas City family dealing with passing of three family members within weeks

Tragedy is striking a Kansas City family. Not only is the Cortez family dealing with the loss of one loved one, but three members of their family passed within weeks of each other. "It's overwhelming," Leticia Cortez, a family member, said. "I don't even have time to mourn."

KANSAS CITY, MO (KCTV) --- A youth football league with athletes from all over the metro is now looking for a new field after vandals destroyed the league's field in the East Bottoms where more than 200 children practice and play games.

Suspects in Independence robbery and shooting arrested in Randolph

by: Juan Cisneros Posted: / Updated: RANDOLPH, Mo. - The Clay County Sheriff's Office said they have the suspects of an Independence armed robbery and shooting in custody. According to Independence police, the incident took place at a CVS pharmacy at 3825 South Noland Road.

KANSAS CITY, MO (KCTV) -- A man was killed and a woman critically injured early Monday morning when a motorcycle collided with a pickup in Midtown Kansas City. Police said a red Honda motorcycle was traveling west on 39th Street at a high rate of speed without headlights, when it hit a white Chevrolet Silverado that had been going east and was turning left onto Harrison Parkway.

A neighbor's surveillance camera caught the impact that would change Patricia Findley's life. The impact of a car crashing through her rental home. "It was Friday night at 9:11. I got the phone call from my neighbor screaming in my ear telling me I need to hurry up and get home that someone ran through my house," Findley said.


Kansas City Guns On The Move

OLATHE, Kan. - Heritage Elementary School in Olathe ordered a set of Kansas City Chiefs themed footballs for students to use during PE. When the package arrived, they were shocked to see that they actually received footballs covered in silver and black with the Las Vegas Raiders logo.

After unrelenting summer, Biden looks to get agenda on track

WASHINGTON (AP) - The collapse of the Afghan government, a surge of COVID-19 cases caused by the delta variant, devastating weather events, a disappointing jobs report. What next? After a torrent of crises, President Joe Biden is hoping to turn the page on an unrelenting summer and refocus his presidency this fall around his core economic agenda.

Former President Donald Trump dodged a question on whether he agreed with the Supreme Court's decision to not block Texas's restrictive abortion law - calling the move "complex" but "probably temporary." In a new TV interview, Trump was asked if his three nominees to the court made a difference when it came to the controversial law.

US attorney general Merrick Garland announced on Monday that the federal government will take action to protect those in Texas trying to obtain an abortion in the wake of the strictest anti-abortion law in the US taking effect last week.

The film draws on dozens of revelatory interviews with elected officials, White House and intelligence insiders, military leaders, journalists and others - as well as on those conducted over 20 years of FRONTLINE's coverage of 9/11 and its aftermath, to present a bold reinterpretation of 9/11's l...

The Taliban said on Monday they had captured the last holdout of resistance in the country, but rebel forces contested the claim and vowed to continue fighting. The Taliban's assertion that they had seized Panjshir province north of Kabul came as they stopped a number of charter planes carrying NGO workers among others from taking off from an airport in Mazar-i-Sharif in the north of the country.

Mystery woman struts through airport wearing only a bikini and mask

An anonymous blonde woman set passenger-shaming sites aflame after she was filmed strolling through a US airport in nothing but a bikini - and her face mask. An Instagram video of her runway modeling stint has garnered nearly 10,000 views in less than 24 hours.

This Labor Day hundreds of cyclists will do something good for their minds. The annual Bike for the Brain ride is back in person this year. "Anything that's good for our body, is good for our brain.

KANSAS CITY, Mo. - If you've lost a loved one to suicide, you know the grieving process can be very hard and lonely. A local group is offering support and wants you to join them this weekend for their annual walk. Last year, the walk was virtual, but this year it returns to Loose Park.

Even the Kansas City Chiefs are off for Labor Day on September 6. They would not have been, given the Cleveland Browns visit Arrowhead Stadium in just six days, except for head coach Andy Reid giving kicker Harrison Butker a one-kick opportunity to make a 64-yard field goal at practice last week.


Never A Break From Merch

KANSAS CITY, Mo. - The Kansas City Chiefs will start the season on Sunday against the Cleveland Browns, and the Friday before the game marks the 30th edition of Red Friday. The Chiefs will also celebrate another year of charitable donations to the Ronald McDonald House.

Against literally the worst team in Major League Baseball, the Kansas City Royals found themselves down 1-0 and then 2-1 against the Baltimore Orioles. Thanks to some nice plays from Andrew Benintendi, a lockdown bullpen performance, and some questionable defense by Baltimore, the Royals came away with the 3-2 win.

Plenty of sunshine for your Labor Day, high near 86

Hide Transcript Show Transcript MORNING PRETTY COMFORTLEAB MORNING LOOK AT OUR 12 HOUR FORECAST TODAY FOR KANSAS CITY. LOTS OF SUNSHINE. THERE MIGHT BE A FEW CLOUDS IN THERE AND SHALLOW FOG AND SPOTS THIS MORNING BUT THAT WON'T IMPACT ANY DRIVE THAT WE DO WIND UP HAVING HERE FOR LABOR DAY.

Work To Do - Isley Brothers is the song of the day and this is the OPEN THREAD for right now.