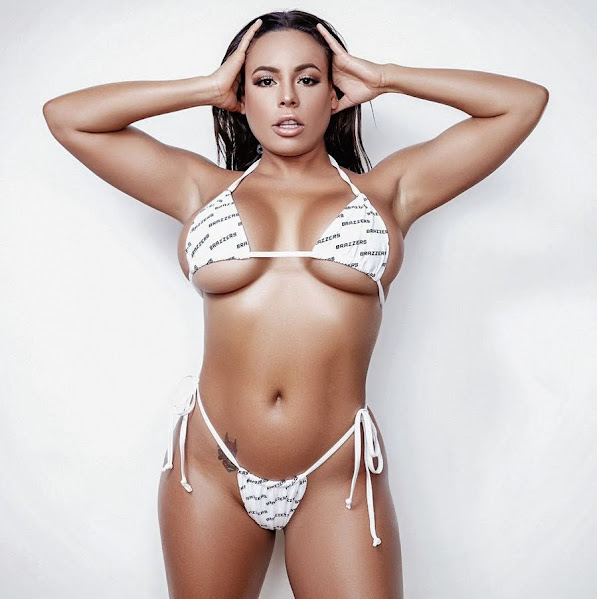 Also, a fun fact regarding her provocative bikini choice . . .

The "you can't wear white after Labor Day," rule was created to separate the old money elitists from the new money group. ... For those who had money and could leave the city during warmer months, white was considered vacation attire.

KANSAS CITY, Mo. - Missouri reported more than 76,000 new COVID-19 cases and Kansas added nearly 39,000 cases in August, the largest surges since before vaccines became widely available. Missouri also added 1,100 deaths, though not all of the deaths occurred in August.

VanTrust Real Estate is in the latter stages of assembling properties within Kansas City's East Village, to which it has development rights. The builder this week acquired two properties in the redevelopment area and a historic former Kansas City Public Library building a block to the west.

This is a week President Joe Biden would like to forget. But Republicans won't let that happen anytime soon.

KABUL, Afghanistan (AP) - Taliban special forces in camouflage fired their weapons into the air Saturday, bringing an abrupt and frightening end to the latest protest march in the capital by Afghan women demanding equal rights from the new rulers.


No Freedom Of The Press South Of The Border

Mexico's Journalists Hold Truth To Power, And Lose Their Lives For It

MEXICO CITY -- When Gildo Garza finally fled his home state of Tamaulipas in 2017 and arrived in Mexico City, he knew where to go first: the federal attorney general's office. Even if the chances were slim, he had a sliver of hope investigators would find and prosecute the narcos and corrupt politicians who wanted him dead for his reporting.

Mary Trump calls her uncle, Donald Trump, a 'fascist' but adds he wouldn't understand what that means

Former President Donald Trump's estranged niece, Mary Trump, says he has the personality of a fascist leader. Speaking to Insider following the release of her new book, "The Reckoning: Our nation's trauma and finding a way to heal," the 56-year-old psychologist explained why she thinks that the former president is a "born autocrat."

Tucker Carlson: Our military has been lying to us for 20 years

In July of 2017, every member of the joint chiefs of staff met with newly-elected President Donald Trump for the first time. It didn't go well. "You're all losers," the president told them, according to Foreign Policy magazine account. "You don't know how to win anymore."

You've probably heard about how McDonald's McFlurry machines never seem to work. Even McDonald's has hinted it might have a problem with its ice cream dispensers. And now, according to The Wall Street Journal, the FTC is reportedly looking into why MacDonald's ice cream machines often seem to be out of order.

By Beth Timmins Business reporter, BBC News China's broadcasting regulator has said it will ban "effeminate" aesthetics in entertainment shows and that "vulgar influencers" should be avoided. It's part of a tightening of rules over what it described as "unhealthy content" in programmes.

Coffee prices haven't been this high in 4 years

After surging in the spring, the prices of goods like lumber, corn and soybeans have come back down to Earth. Coffee is headed in the opposite direction.

Brands, Politicians, and People Not Named Drake: Your Certified Lover Boy Memes Are Not Good

Drake's career has mirrored the trajectory of social media itself and has been cultivated therewithin. Twitter and Instagram are two of his most powerful toys, and his self-awareness of his highly memeability on any given day is evident. So it's only right that the social marketing gets kicked into high gear when Drake has a new album to sell.

Howard Hanna isn't yet sure what to call the processed porcine meat offered at King G (500 E. 18th St., KCMO, kinggkc.com ). "In North Jersey, it's Taylor Ham," the chef says. "In the south side of the state, they call it pork roll."

We watch sports, in part, to see athletes pursue greatness. This desire to continually be impressed and awed by ever-increasing feats of ability is perfectly understandable, but it often skews our perspective. It forces us to look at "the next big thing" when the current big thing is still doing great, and it is the source of silly and meaningless arguments about who is best.

KANSAS CITY, Mo. - A gay-rights exhibit that was removed from the Missouri State Capitol after the governor's office received several complaints has found a new home. The Department of Natural Resources announced Friday that the exhibit would be displayed in the Lohman Building at Jefferson Landing State Historic Site, beginning Saturday.

Hide Transcript Show Transcript ACTIVITIES FOR THE KIDS AS WLEL AT 521 THIS MORNING KATIE ALL THESE FESTIVALS. BEARS EVERYTHING GOING ON THIS WEEKEND TOMORROW LOOKS LIKE IT'S IT'S ALL GREEN BUT THIS MORNING MAYBE NOT SO MUCH WE KNEW TO MORNING WOULD BE A WASH.

Drake ft. Future and Young Thug - Way 2 Sexy is the song of the day and this is the OPEN THREAD for right now.