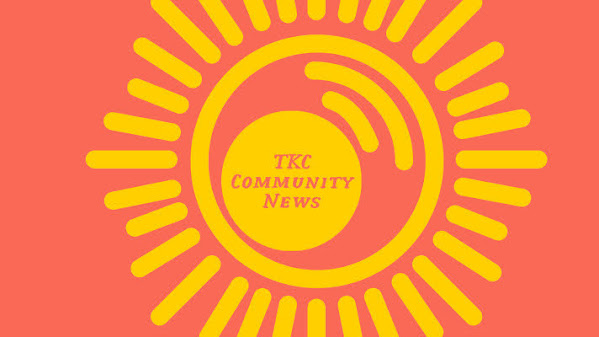 This post focuses on stories and news from around neighborhoods. Some of it is upbeat, some of it's depressing, there are a few inspiring stories as well . . . But all of it offers a glimpse at local life.

KANSAS CITY, Mo. - Two former U.S. diplomats living in the Kansas City area are raising money to help Afghan allies escape Afghanistan. "I have people who are supposed to be on those planes, who are on the manifest for those planes and are stranded and stuck and scared and my heart hurts for them," said Jennifer Vitela, who served as a diplomat in Afghanistan between 2009 and 2011.

by: Juan Cisneros Posted: / Updated: KANSAS CITY, Mo. - A woman driving north in the southbound lanes of I-35 is dead after a near head-on crash just before 10 p.m. Wednesday night. The fatal crash happened just past Chouteau Trafficway.

KANSAS CITY, Mo. - City Center Church in Lenexa, Kansas, filled a truck in less than 24 hours with donations to deliver to those in Louisiana affected by Hurricane Ida. "With your help, with the help of social media, we were able to fill a truck up in less than 48 hours," church member Joe Sabo said.

RAYTOWN, Mo. - Parents of students in the Raytown School District may end up scrambling after a notice from the school district. Friday, the district notified families about two key issues that will impact hundreds of students. The district asked families to make a back-up transportation plan.

A Kansas City-based nonprofit known for aiding veterans experiencing homelessness is expanding its work to St. Louis. The Veterans Community Project is building 50 tiny houses and a veterans outreach center in the JeffVanderLou neighborhood in north St. Louis.


Cowtown Resources For The Hungry

The Kansas City Dream Center opened its doors in 2018 as a way to help those in Kansas City, Kansas, who need food or other items. The nonprofit, located at 1500 Central Avenue, is now helping thousands in the metro.

JOHNSON COUNTY, KS (KCTV) -- It was a somber morning Thursday as the Johnson County community remembered the September 11 attacks, days before the 20 anniversary. "That day was tragic, no question about it. And it changed our country in a way that I think nobody expected," said Ed Eilert, chairman of the Board of Johnson county commissioners: On Sept.

FORT RILEY, Kan. - For some members of the military, the terrorist attacks on the United States on Sept. 11, 2001, inspired them to serve their country in any way they could. For several soldiers at Fort Riley in Kansas, that day would change the trajectory of their lives. Lt.

PARKVILLE, Mo. - A 20-year war is now over. "This war... has changed us all," retired Lt. Col. Gary Kerr said. As senior director of Military and Veteran Affairs at Park University, Kerr oversees Park Global Warrior Center, where he works with thousands of service members transitioning in and out of the military.

OVERLAND PARK, Kan. - Every Saturday morning, a master gardener like Mary McClure volunteers at Harvesters' teaching garden outside the community food network's Kansas City, Missouri, warehouse. "It's great to be out in the garden and doing meaningful work," McClure said. "It really doesn't feel like work."

Waldo is known for it's small specialty shops, restaurants and services. Now thee is anotherunique new place just opened you should know about...Marco Polo Selections. It's a wine tasting room and event space at 336 W 75th St, a few steps away from the new West Waldo 222 Flats.

A photo from the film. // Courtesy Ailey The first time filmmaker Jamila Wignot saw Alvin Ailey's choreography performed, she was in college. Her campus' Black student group got tickets to see a performance of the Alvin Ailey American Dance Theater in Boston, and she had no idea what she was in for.

KANSAS CITY, Mo. - A Kansas City nonprofit organization that works to provide diapers to families in need is hosting its biggest fundraiser this month. HappyBottoms is hosting a silent auction from Sept. 6-13, culminating in a Diaper Bowl from 5:30 to 9:30 p.m. on Sept.

It's Red Friday week for Kansas City in anticipation of the first Chiefs game of the 2021 NFL season. Sophia Linenberger and two other kids from the Ronald McDonald House in Kansas City kicked off the week at Arrowhead Stadium. "Trying to make our own creation it was so much fun," Linenberger said.

Abby Hoover Managing Editor In the heart of Kansas City sits "The Castle on the Hill," an educational institution with a storied history that has served the predominantly Black neighborhood where it is located since 1867.

And this is ANOTHER OPEN THREAD for right now . . .