The rhetoric of homeless activists escalates given fewer supporters for their cause.

After the debacle in Westport and the costly homeless motel nightmare . . . There is very little sympathy for homeless activists.

The argument shifts to police tactics and outcry against so-called "sweeps" that remove illegal camp sites. 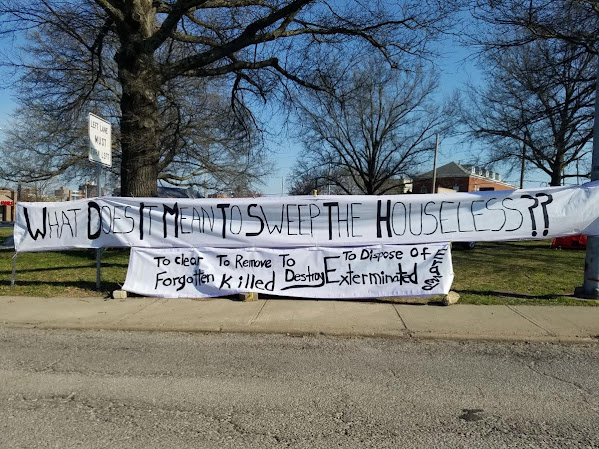 Now the argument against "sweeps" has reemerged and seems to be garner support amongst some of our progressive friends.

IS KANSAS CITY PREPARED TO FUND MORE HOMELESS HOUSING FOR THE WINTER?!?

Because that's the direction Mayor Q and his supporters already seem to be headed.