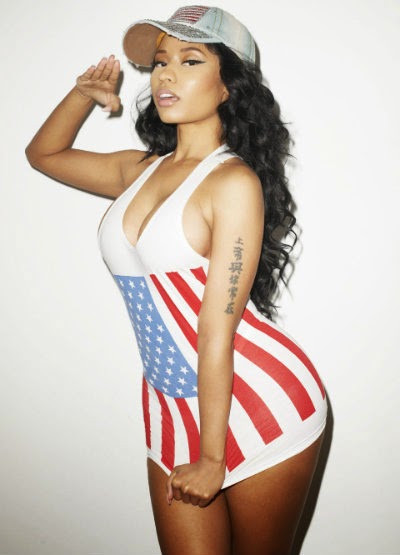 Only a hip-hop hottie diva is willing to "do the science" when it comes to the current plague. And so she inspires us to check pop culture, community news and top headlines.

Doctors say there's an alarming surge right now in childhood respiratory syncytial virus cases. RSV is a virus that usually doesn't spread in large numbers until winter. Reported cases right now are already above what doctors say a typical winter peak would be.Morgan Pritt says the experience of caring for a child with RSV has been both emotional and scary.

Abby Hoover Managing Editor Sheffield Place, a rehabilitation center and home for single mothers and their children, unveiled its much anticipated group living space on September 9 in the newly renovated building at 1004 Newton Ave. The building was purchased by Sheffield Place in early 2020 from Our Lady of Peace Catholic Church.

Westside CAN Center serves as anchor for Latino community in Kansas City, Missouri

KANSAS CITY, Mo. - A Kansas City, Missouri, community center that started as a way to address crime has become a staple of the city's Westside and an avenue to bring people together. "Having access to the culture," Officer Chato Villalobos said of the Westside CAN Center.

KANSAS CITY, Mo. (AP) - Canadian Pacific hopes to complete its $31 billion acquisition of Kansas City Southern railroad before the end of next year. Shareholders of both companies are likely to vote on the deal sometime in December, and then Mexican and American regulators will have to sign off on the combination before the two railroads can merge.

WARRENSBURG, MO (KCTV) -- The University of Central Missouri says someone wrote a racial slur on a free speech wall today. The university posted about it on Facebook, saying that it happened during a student-led, on-campus event celebrating free speech.

LAWRENCE, Kan. (AP) - Kansas Gov. Laura Kelly is indicating that she's wary of President Joe Biden's mandate that companies with 100 or more employees require their workers to get vaccinated against COVID-19 or undergo weekly testing. The Democratic governor said Tuesday at an economic development event in Lawrence that she needs to hear more details, the Lawrence Journal-World reported.

World Series of Barbecue returns to the Kansas Speedway

After a year off, the American Royal World Series of barbecue is back on at the Kansas Speedway. This year's event is a little extra special for some of the nearly 500 participants.Louisiana pitmaster Mike Steele and his team are especially happy to back at the Kansas Speedway this weekend.

Nicki Minaj's #BallGate: Everything you need to know about the rapper's controversial COVID vaccine comments

Nicki Minaj's Twitter claim about her cousin's friend having swollen testicles and becoming impotent as a result of getting the COVID-19 vaccine has been escalated to the White House. It all started over the "Trollz" rapper, 38, not attending Monday's Met Gala, and now the governments of multiple nations have weighed in to debunk the tweets she sent out to her 22 million followers.

There is no such thing as benign neglect of our borders. he Biden administration, surprising precisely nobody, is facing an ever-worsening crisis at the border. In recent days, thousands of Haitian immigrants have crossed the Rio Grande. No, that's not a typo.

Trump defends Capitol rioters being "persecuted so unfairly" ahead of Sept. 18th rally

Former President Donald Trump doubled down on defending those who rioted at the United States capitol on January 6, calling them unfairly "persecuted" on Thursday.

When it comes to document after document relevant to the Jan. 6 panel's expansive request, Biden White House lawyers will likely face the same tough dilemma: They can either send Congress the material over Trump's objections, entering unprecedented legal territory about the treatment of former presidents; or they can withhold materials from Hill allies, thereby stymieing investigators' access and potentially generating significant political fallout.

'My dad didn't have a fighting chance': Covid is leading cause of death among law enforcement

Octavia Tokley said she and her husband, Erin, were grateful this year that their jobs made them among the first people eligible to be vaccinated against Covid-19. He was a police officer and, at the time, she was working remotely as a teacher.

The new warrant: how US police mine Google for your location and search history

It was a routine bike ride around the neighborhood that landed Zachary McCoy in the crosshairs of the Gainesville, Florida, police department. In January 2020, an alarming email from Google landed in McCoy's inbox. Police were requesting his user data, the company told him, and McCoy had 7 days to go to court and block its release.

Yes, We're Calling It Hispanic Heritage Month And We Know It Makes Some Of You Cringe

Channing Tatum and Zoë Kravitz attended Alicia Keys party, where a source said they showed PDA On Thursday, the actor shared a photo on his Instagram Story featuring him and Kravitz posing with Alicia Keys and Moses Sumney, originally posted on Key's feed. The shot was taken at Keys' Met Gala afterparty on Monday night.

A satellite image taken Wednesday morning shows a U.S. Air Force B-2 Spirit stealth bomber in the grass off a runway at Whiteman Air Force Base.

It's hard to imagine, but Muhammad Ali once came to Kansas City - and nobody expected him to talk. In 2000 he appeared at a Boys & Girls Clubs' fundraiser at Bartle Hall, visibly suffering from symptoms of the Parkinson's disease doctors had diagnosed in 1984.

by: Brian Dulle Posted: / Updated: KANSAS CITY, Mo. - Missouri and Kansas have a variety of trees, shrubs and vines that make the fall season come alive with color every year. The Missouri Department of Conservation has weekly updates on which trees are changing and where to get the best views of the changing foliage with its fall color report.


Sideshow Trend FINALLY Hits Nice Side Of The Bridge

by: Brian Dulle Posted: / Updated: LIBERTY, Mo. - Clay County deputies were immediately suspicious when they arrived to the scene Monday morning of someone doing donuts in a skid loader at a business parking lot. Deputies were called to the business at 7400 block of Birmingham Road in Clay County around 6:30 a.m.

Starting off sunny with a few more clouds by the afternoon as a few thunderstorms are possible for areas north of I-70. Staying warm & muggy. Wind: S-SW 5-15 mph. High: 87°

Wolf Alice - Smile is the song of the day and this is the OPEN THREAD for right now.