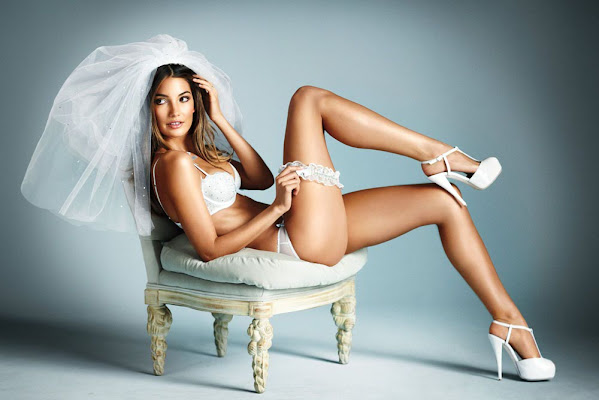 For some ungodly reason . . . Kansas City wants to get married again.

Statistically speaking . . . Most of you d-bags have already FAILED at it once. Probably twice.

But rather than take the hint that a global plague means that NOTHING is certain . . . A great many people want to roll the dice on a horrific contract that only concludes in divorce or death.

A promise to watch somebody croak is usually regarded as a threat in any other context.

These romantic thoughts are probably why I'm writing this post angry and alone in my mom's basement as opposed to a one-bedroom shack near a former residence occupied by a former wife and her current boyfriend.

Nevertheless . . . We congratulate cowtown newlyweds on their delusions love and wish them the very best.

Days before her wedding, Lauren Hughes darts around her Columbus Park apartment, radiating years of pent-up joy. Her outfit, like her couch, is billowy, cheerful and red. Within minutes of my arrival - having introduced herself and her cats and shown me to a chair in the living room - she reaches into her bedroom so swiftly I almost miss it.