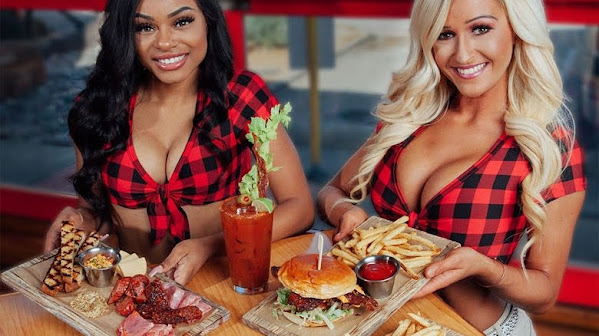 We started this community news section in order to share some of the better local news that, hopefully, isn't all gloom, doom and blood curses against strangers.

LENEXA, Kan. - With school back in session, one of the most important parts of that experience for kids is having a crossing guard to ensure everyone safely gets to class and returns home. The need for more of them, according to a company hiring for those positions, is urgent.

by: Juan Cisneros Posted: / Updated: OVERLAND PARK, Kan. - Overland Park police have identified the victim in a fatal condo fire near 95th Street and Outlook Drive Tuesday afternoon. Julie Ann Peterson, 51, of Overland Park and her dog were found dead in the front room of her condo when crews got to the scene.

Abby Hoover Managing Editor Scarritt Renaissance Neighborhood has once again cancelled its annual Scare-It Halloween festivities due to the ongoing COVID-19 pandemic. "We are very disappointed to announce the SRNA Board has voted to postpone this event this year due to the ongoing health and safety concerns of COVID-19 and the new variants," the neighborhood association announced on August 18.

KANSAS CITY, Mo. - It's an interesting time for a new job on the Kansas City Board of Police Commissioners. Dawn Cramer is officially the newest commissioner, and concerns aimed at the Kansas City Police Department could make for a tumultuous start. Missouri Gov.

KANSAS CITY, Mo. - A proposed Kansas City, Missouri, ordinance could put $2.1 million in unappropriated city funding from the American Rescue Plan toward the 2021-22 police academy. District 1 Councilwoman Heather Hall presented the ordinance to the KCMO Board of Police Commissioners on Tuesday and said it will put more officers on the streets and reduce wait times.

KANSAS CITY, Mo. - Tuesday morning, the Kansas City Board of Police Commissioners voted to allow officers to use their badge number in place of their names on their uniforms in certain volatile settings. A commander would have to sign off on such a change, but there are already mixed reactions on this decision in the community.

Future of KCPD's police budget goes before judge on Wednesday

KANSAS CITY, MO. (KCTV) -- A hearing will be held at the Jackson County Courthouse Wednesday morning that may determine the future of the Kansas City Police Department's budget. It based on a lawsuit filed by the Kansas City Board of Police Commissioners after Kansas City Mayor Quinton Lucas and the city council passed two resolutions that removed $42 million from the police budget.

Clay County taxpayers will no longer be on the hook for millions in debt after the Clay County Commission last week unanimously approved restructuring $52 million in bond obligations from 2018 championed by previous commissioners Gene Owen and Luann Ridgeway.The largest planned spending from the obligations would have paid for

The city of Lenexa hired a herd of goats to get rid of weeds.The herd's mission is to eat invasive plants, weeds and brush as part of a targeted grazing project in Sar-Ko-Par Trails Park. They can even eat the plants that can be harmful to us such as poison ivy.The goats are from the company Goats on the Go.

KANSAS CITY, Mo. - As the U.S. prepares to welcome thousands of Afghan refugees, a Kansas City man who fled Vietnam after the fall of Saigon is reflecting on his own difficult journey to America. Ty Bui was a commander in the Republic of Vietnam Navy during the Vietnam War.


"Twin Peaks has picked a site for its 3rd area location. Texas-based restaurant chain wants to open in the former Houlihan’s space at 8660 N. Boardwalk Ave."

"Twin Peaks is so much more than your typical sports bar. This lodge welcomes every guest with World Series walk offs and barrel-aged whiskey. The second you step inside, you’re surrounded by a lodge full of friendly and attentive Twin Peaks Girls serving up scratch food and our signature 29° beers. Only here can you truly embrace the Lodge Mantality."

Creature Feature: Leyla and Baby Shark want to be your pals

Leyla wants you to play fetch with her. // Courtesy KCPP We teamed up with KC Pet Project to host a weekly "creature feature" on loveable and adoptable animals here in the KC Metro. This week, KCPP wants you to meet Leyla, a 3-year-old pit bull, and Baby shark, a 3-year-old domestic shorthair.

Irish Fest raises the bar for a huge weekend in Downtown More than 150 of the top Irish entertainers, performers, and dancers in the world will be featured across seven different entertainment stages during Kansas City Irish Fest this Labor Day weekend at Crown Center. Dedicated to promoting the culture, music, character, and history [...]

Enjoy the sunshine today! We will start the day with more cloud cover and end with mostly sunny skies by your drive home. Less humidity with highs in the middle 80s today. We are tracking our next chance for showers and storms by Friday.