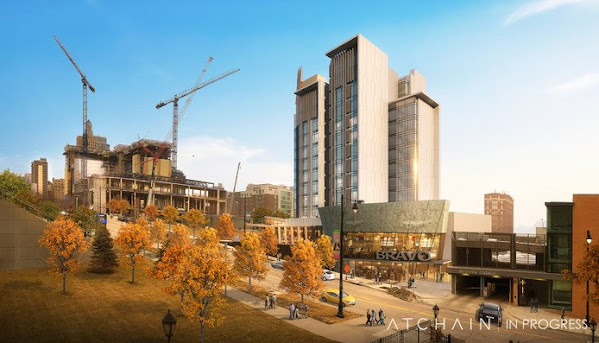 There's a full court press underway against a development project that has returned for further consideration.

"Once again, rich developers are asking to divert funding away from public services so that they can build a fancy, 5-star hotel. #KansasCity says No. Incentives are for development on BLIGHTED land. The Kauffman Center is not blighted. #HellNOBravo"

This project was already sent back to the drawing board once and it's unclear developer have altered their plans significantly enough to merit more consideration.

Here's what's entertaining about this debate . . . The switcheroo.

Activists for the urban core find themselves aligned with right-wing anti-tax hawks in this debate.

The progressive downtown hipster crowd is forced to quickly fence jump and stand with big money developers in order to keep the "momentum" going inside the loop.