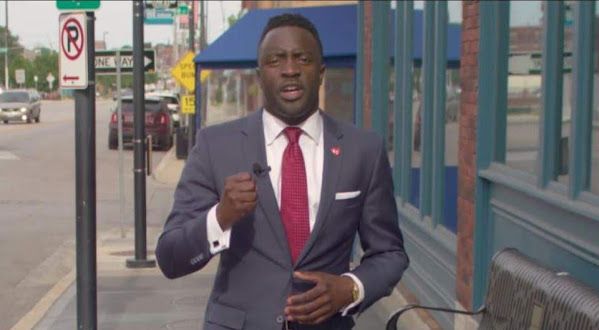 Today we should learn more news about the recall against Councilman Bunch as petitioners await verification from the city clerk.

We didn't want to waste the opportunity to trumpet the political comeback of former Councilman Jermaine Reed.

Real talk: More than anybody this recall could help Jermaine Reed return to 12th & Oak in triumph.

We suspect that council dude Bunch will run again if the recall proves successful. However, he was never really well-like outside of his cyclist crew and a handful of overpriced coffee shops.

Let's not forget that this recall was only possible because so few people voted for him . . .  Councilman Bunch only garnered 6,211 votes and barely bested his opponent by 219 votes. Around the KC metro, there are votes for homecoming queen with more participation and enthusiasm.

The vast majority of 4th District KCMO voters have absolutely no reason to support council dude Bunch. Truth: Most residents in this part of town have no idea who the guy is or why they should care. Hint: They shouldn't.

I wasn't going to include this but it might matter . . . There are still quite a few Latinos in the 4th District and, among the "leadership" (again, don't laugh) there's a great deal of suspicion of Mr. Bunch because he has thrown his full support behind the BLM movement but basically ignored his in-district Latino neighbors . . . And these people are VERY easy to please. We suspect that this is a mere oversight and Twitter is much more kind to trendier hashtags . . . However, there's a very real chance that Jermaine Reed actually knows the 4th District better than Eric Bunch.

There will be a few other assorted cornflakes who are ready to opt-in . . .

And pro-police forces might pick one of their unpopular friends.

Here at www.TonysKansasCity.com we know that Mr. Reed has more name recognition than all of these lesser politicos put together.

Let's not forget the upcoming redistricting power move that hopes to combine the 3rd & 4th into one East side & Westside juggernaut wherein progressives, activists and professional protesters can convincingly plot against one another in the greatest vicious circle (jerk) this town has seen since 1978.

More than anyone else . . . Mr. Reed would THRIVE in this scenario and the council fill-in gig would allow him a great launching pad.

The only curious part of this is that we honestly believed Mr. Reed would be able to garner a better paying corporate gig . . . Sure, City Hall politics is great but taking down mid-six figures is even more rewarding than pretending to listen to endless complaints from senior citizens about trash pickup.

Sadly, the pandemic has made it harder than ever to get a "real" job and maintain a middle-class salary by way of clever e-mails and feigning sincerity via Zoom calls.

The count continues as the fledgling political career of council dude Eric Bunch hangs in the balance. And Jermaine Reed waits in the wings.