Free Tiffany Or Send Her A Nice Letter?!?!? 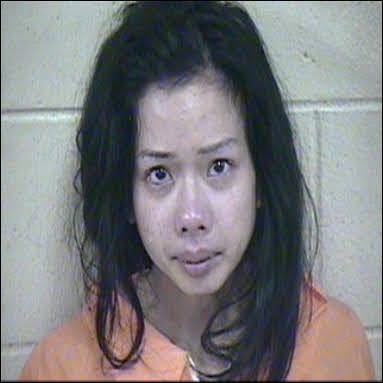 Tonight we share a lesson in forgiveness and human rights concern from our blog community.

Here's the word that offers testimony beyond sensational headlines and provides a sympathetic view . . . Check-it:

"You should mention Tiffany in your blog. Even as a warning to young women. She is a very beautiful Asian woman that had just broken up with her boyfriend, moved here from Wichita and worked for a law firm in KCMO.

"A next door neighbor in her Blue Springs apartment complex wanted to seduce her, so he hit on her, started seeing her for a week in June 2018, then gave her booze, cocaine and gummy bears with LSD on them. They had "relations" numerous times over the next few days (her admission) during a drug binge, they never left his apartment.

"She missed work and, reportedly, the law firm left a message she was fired. But she was actually drugged out of her mind, on HIS DRUGS. Finally the guy showed her his gun collection and told her he wanted to die (he was on LSD) and she shot him dead with a 9mm pistol after the LSD kicked in . . . Again and she said God told her to shoot him and then went to sleep. When the drugs wore off she found him dead and then showered and went to the police station to admit what happened. She was just sentenced to 15 years in jail for 2nd degree manslaughter. I think she is about 30.

"She had a young daughter she had to give up when arrested. This should be a warning to young women not to take drugs or get involved with unstable people. Her Facebook is taken down, but there are still a few pics of her cleaned up and then mugshots after she cried for hours.

"Her problem is she gave a statement in great detail. She should have hired a lawyer, stayed silent  then admitted later the guy drugged her and she couldn't remember anything after that.  It seems to be that the guy just wanted a girl to screw and got her high out of her mind. It was like date rape drug use, only 100x that. Women should be aware this could happen to them if they meet the wrong guy, take his drugs and lose control."

Read more via www.TonysKansasCity.com news link . . . But BE CAREFUL when communicating with anybody solely online.

KMBC file image SOURCE: KMBC file image A 27-year-old man was shot to death early Friday at a Blue Springs apartment.Police said they were called at 6 a.m. on a reported homicide at the Burr Oak Apartments in the 3400 block of Northwest Duncan Road.Investigators said they found Jordan S.

Tripped on acid and hearing voices, Tiffany Phommarath said, she shot her friend in his Blue Springs apartment about midnight Friday, fell asleep, then woke up several hours later and drove herself to Blue Springs police headquarters to turn herself in and confess to the crime.

BLUE SPRINGS, Mo. - A Blue Springs woman is now facing charges Friday in the deadly shooting of a 27-year-old man. Tiffany Phommarath, 29, has been charged with second-degree murder and armed criminal action in the death of Jordan Schiager. Court documents say the 29-year-old woman went to the police station early Friday morning and [...]