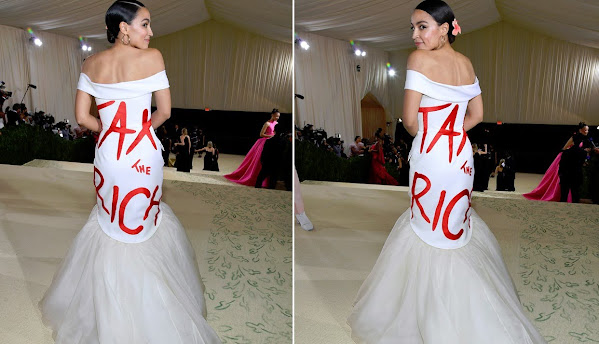 KANSAS CITY, Mo. - Kansas City, Missouri, fire crews are investigating a fire near 55th Street and Woodland Avenue. Firefighters were called to the home at about 1:45 a.m. Wednesday. No one was inside the home and no injuries have been reported.

'I rely on that car': Kansas City woman says stranger destroyed her car with sledgehammer

KANSAS CITY, Mo. - A Kansas City, Missouri woman is wanting answers after a stranger destroyed her car with a sledgehammer. Thaisheena Nicholson also told police the suspect threw a firework inside her car. She and witnesses heard the explosion. "This is my dog, Kobe," Nicholson said.

KANSAS CITY, Mo. - The ripple effects that COVID-19 is having on the country's supply chain issue has now reached school cafeterias, with as many as five Kansas City area schools districts having to substitute food on their lunch menu.

The tickets go for $35,000 a head. A table can cost more than $200,000. The room is crammed with some of the world's wealthiest celebrities, donning thousand-dollar gowns and suits, at an event meant to celebrate, in many ways, excess itself. Here, at the infamous annual Met Gala, is where New York City Rep.

California Democratic Gov. Gavin Newsom delivered a decisive answer to the question of whether voters would penalize those who enacted strict policies aimed at slowing the coronavirus pandemic, triumphing over an effort to recall him Tuesday.

The Justice Department asked a federal judge in Texas to temporarily block enforcement of the state's new law that bans abortions after about six weeks. This step, a major move by the Biden administration against the highly controversial law, follows a lawsuit filed by the Justice Department last week.

A conservative radio host and pastor in Colorado has become the latest vocal opponent of COVID-19 precautions to die of the virus.

Facebook has repeatedly found that its Instagram app is harmful to a number of teenagers, according to a Wall Street Journal report published Tuesday. The Journal cited Facebook studies over the past three years that examined how Instagram affects its young user base, with teenage girls being most notably harmed.

Following the shocking death of comedian Norm Macdonald Tuesday, who died at the age of 61 after secretly living with cancer for nine years, late night hosts rightfully paid homage to the comedy legend.

Golden Groves was ready to pour its music for audiences in 2020, but when stages across the world - including Boulevardia in Kansas City - went dark, members of the local indie rock band refined their flavor. Pulling inspiration for the band's name from Kansas' wheat fields, Golden Groves first played together in 2013.

Stop me if you've heard this before: the Royals put together an epic comeback to beat the Oakland A's at Kauffman Stadium. It was a poetic way to celebrate Dayton Moore's promotion to club president, as the Royals paid homage to the way that Dayton's greatest teams loved to win baseball games.

Patchy fog to start your Wednesday. Skies will clear by the lunch hour with mostly sunny skies expected this afternoon with highs near 80. Enjoy the great weather today with less humidity because summer returns by the end of the week. Highs will be closer to 90 by Friday and extending into the weekend.

Alan Walker & Georgia Ku - Don't You Hold Me Down is the song of the day and this is the OPEN THREAD for right now.