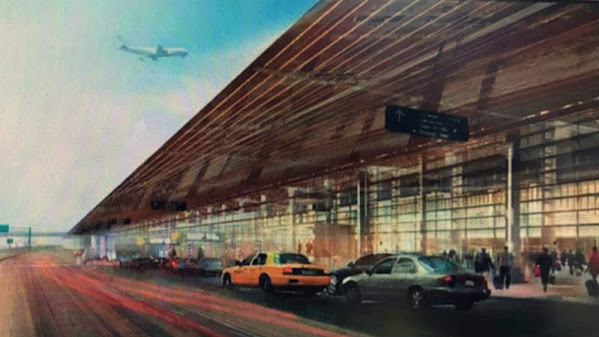 It didn't get much reaction from commenters but it seems that council dude Kevin read our morning post and had a hissy fit today.

Councilman O’Neill told The Star. “The idea that there was no transparency is crap. ... I’m just disturbed that our processes can be so challenged without any real reason. This is a ‘I want this guy and not that person so I want the process changed,’ and I just think that’s crap.”

Even more curiously . . . The Mayor rescued the committee vote via Zoom call as council ladies exited the meeting saying that they didn't want to be involved with such a secretive process.

Walking away from something so sketchy is probably the right move.

What's strange here is that even The Kansas City Star seems to be noting the backdoor nature of this sketchy deal.

Meanwhile, there aren't many defenders of this busted process that's losing quickly losing faith from voters and threatens to ruin public excitement over the airport.

Two Kansas City Council members left a dramatic committee meeting on Wednesday as members sparred verbally over the controversial airport concessions contract. Council members Teresa Loar, waving to the people packed in the chambers as she exited, and Katheryn Shields left the meeting, fed up with what they felt was a lack of transparency and time given to fully review airport bids.

A billion-dollar deal lasting 15 years is up against a deadline and the city council is nowhere close to a decision. Elected officials walked out of the committee meeting over concessions at the newly redesigned Kansas City International airport.Second District Councilmember Teresa Loar says they don't yet have enough information to agree to such a large commitment.

KANSAS CITY, Mo. - A Kansas City committee has endorsed Vantage Airport Group to be the concessions operator at the new Kansas City International Airport terminal. But Wednesday's vote didn't happen without some heated City Hall debate. The Transportation, Infrastructure and Operations Committee had just one week to review all five proposals for the concession contract at KCI.

KANSAS CITY, MO (KCTV) - A battle over a billion-dollar contract to run concessions at the new KCI airport is growing heated. The full KCMO City Council will be the next group to discuss it. The selection process has gotten some criticism from councilmembers, as well as vendors that are not part of the recommended bid.