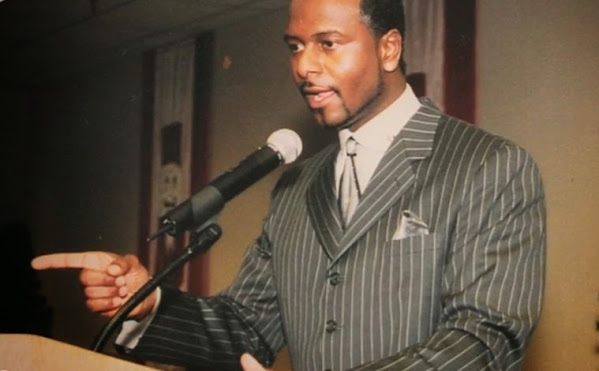 Activist Alonzo Washington has amassed tens of thousands of Facebook followers and fans because he's one of the few voices speaking boldly about the state of crime in Kansas City.

He's a prolific activist who doesn't pull any punches and talks to the public directly in a language they can understand . . . Without all of the politic qualifiers used by elected officials.

For the record, Mr. Washington has always encouraged cooperation with authorities and consistently tells his followers to send their tips to law enforcement in order to push back against crime.

After today's homicide he shared a dire warning . . .

"No one will admit it but if you go to entertainment district in KCMO you are risking your life & health. The motherfuckers are not safe!!! Facts!!!"

Moreover . . . Over the course of years Mr. Washington has documented the carnage in EXCLUSIVE tips sent his way from throughout the community.

Here's one recent example that we blurred but still gets across the point that he has a network of supporters who want to share their testimony about KCMO entertainment district dangers. 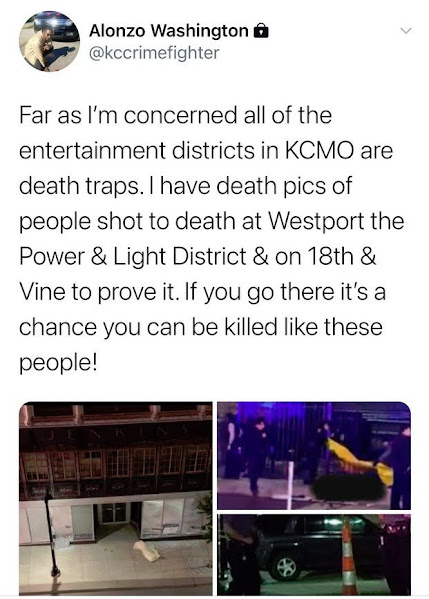 Accordingly, his warning deserves consideration as the Kansas City parties persist despite the very obvious dangers.