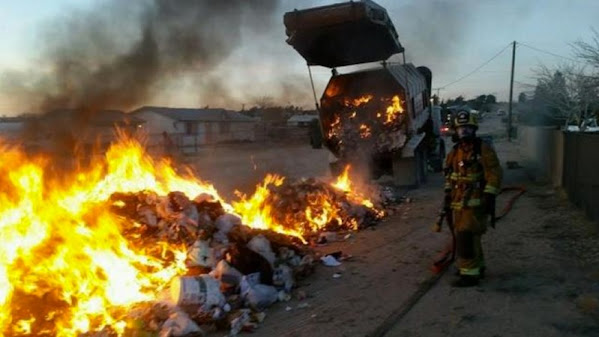 Close study of garbage streets might not improve much but still inspires hope amongst naive locals and newbies who haven't noticed KCMO services taking a sharp decline over the course of a generation.

Moreover, for people who REALLY know how city hall works . . . Public Works is now providing leverage in order to keep the current administration in power.

The City Auditor's Office has begun an audit to review how the city is addressing illegal dumping. The Public Works Solid Waste Division is responsible for the city's illegal dumping operation program. The program deals with garbage, rubbish, yard waste, or large debris dumped in public places or on private properties without the consent of the owner.

KANSAS CITY, Mo. - Following a KSHB 41 News investigation into illegal trash dumping near east 29th Street and Topping Avenue in Kansas City, Missouri, the City Auditor's Office is looking into the program that handles the issue. The Public Works Solid Waste Division is responsible for handling illegal dumping in the city, according to a release from the City Auditor's Office.