As of this writing it seems doubtful Prez Biden will successfully complete his term.

That's an objective assessment and something that even the most loyal Democratic Party supporters would have to admit is quite possible . . . Probable actually . . . Let's be honest, it's gonna happen sooner or later.

Unfortunately, all of the right-wing talkers who sound like school yard bullies seem to be convincing the electorate regarding the leadership ability of the current Commander-In-Chief.

The horrific part of all this is that adults have to defend the Prez following a horrific disaster in Afghanistan that cost 13 American troops their lives.

Democratic Party loyalists must feign affinity for the Head of State when it seems that not even former Prez Obama really had much respect for the dude.

In Kansas City rallies for candidate Biden drew only a smattering of people and seemed tragically small when compared to the massive turnout of Prez Trump fanbois. 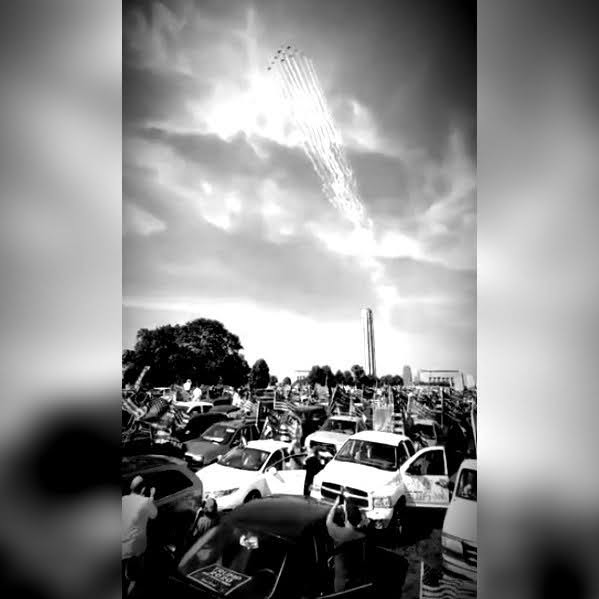 Now with a Saturday shout out to Belshazzar's feast . . .

THE WRITING IS ON THE WALL!!! PREZ BIDEN'S RESIGNATION IS AT HAND!!!

At the very least, that's what a great many of his critics are demanding right here in Missouri . . . Starting with Sen. Josh Hawley.

Prez Biden's departure from office isn't a conspiracy theory and former Prez Trump will still be spending his days playing golf and trolling his adversaries no matter what happens.

Kansas City progressive leaders should start preparing for Prez Kamala Harris and all of the right wing hateration that will entail. Again, this scenario is starting to look more likely because the series of events doesn't really benefit anyone . . .

Racial divisions will worsen when the GOP attempts to degrade an African-Indian-American leader . . . And Republican rancor to overturn alleged voter fraud won't seem as urgent.

Meanwhile, let's not forget that the only person progressive voters like less than Prez Joe Biden is Veep Kamala Harris and her really horrible reputation for locking up people of color.

If all of this seems like speculation . . . Tell us who would have imagined there would be an American dress code and the world would be locked down two years ago??? Or that the mightiest military in the history of the world would retreat from an army of barefoot terrorists who can't even get along with each other.

TKC isn't making a timeline and we take absolutely no pleasure in this assessment . . . NEVERTHELESS . . . It really just doesn't seem like Prez Biden will complete the job he was elected to do . . . And that has very real implications for the Kansas City, the nation and the world.

Read more via www.TonysKansasCity.com news link compilation from BOTH sides of the argument . . .

Biden presidency teetering amid calls to resign, potential investigations over US deaths in Afghanistan

President Biden is being attacked from all sides after the deaths of at least 13 American service members Thursday in an ISIS-K terrorist at the Kabul airport, with calls for his impeachment and resignation from some. The outrage over the American deaths Thursday was compounded by news that the U.S.


Opinion: The GOP's ludicrous call for Biden to resign

Just hours after the horrendous terrorist attack outside Kabul's airport killed 13 US service members in addition to more than 170 people on Thursday, Republicans started to call for President Joe Biden to step down.

For these reasons, majorities of Americans, including veterans of the war itself, have long called for an end to the war in Afghanistan. Yet most of our nation's policymakers have ignored them. They are certainly entitled to keep advocating nation-building, but they have no right to force working Americans to pay the price for their agenda.


Sen. Hawley calls for Biden to resign after Afghan attack

President Joe Biden is pressing ahead with the evacuation of Americans and others from Afghanistan after attacks that killed at least 12 U.S. servicemembers and dashed hopes of ending the 20-year U.S. war without further bloodshed. Calling off the evacuation immediately would mean leaving behind hundreds of Americans still trying to get out of the [...]


GOP backlash brewing against Biden as officials call for resignation

Republicans are vowing to hold President Joe Biden accountable for his handling of the botched Afghanistan withdrawal that has led to the death of at least 13 US servicemembers and over 100 Afghans. As several GOP members have begun to push for impeachment or resignations, House Minority Leader Kevin McCarthy (R-Calif) hinted at political repercussions for Biden, but stopped short of saying what those could be.


Analysis | If Biden doesn't resign - which he won't - where does GOP rhetoric go from here?

From a technical standpoint, the first time that Donald Trump faced an impeachment effort came in May 2017. Then, Rep. Al Green (D-Tex.) demanded that the House of Representatives charge Trump with obstruction of justice related to the investigation into Russian interference in the 2016 election.

"The Five" host Greg Gutfeld called out critics of the growing list of lawmakers calling for President Biden's impeachment over his Afghanistan crisis, noting many are the same people who encouraged the same process be commenced against Donald Trump over a phone call with Ukrainian President Volodymyr Zelensky.


Psaki swats down impeachment chatter and Kabul backlash: 'Not the time for politics'