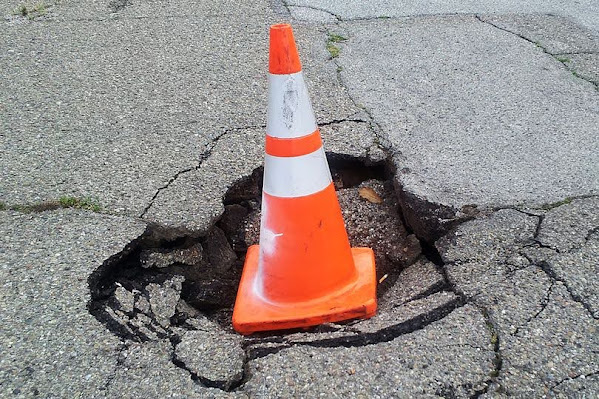 Politicos and noobs promising street repair is a traditional Kansas City ploy that only works on the willfully naive and the pathetic hipsters who just paid too much for a luxury apartment inside the loop.

This week's news blast featured the new city manager and the mayor reinventing the wheel . . . Which might help since local streets kill so many tires.

On the tidy blocks of the Blue Hills Association in south Kansas City, a family neighborhood where residents walk their dogs and meet on the street to visit with one another, Valerie Watson, 68, says her entire block has been torn up since October 2020, when workers installed new pipes.