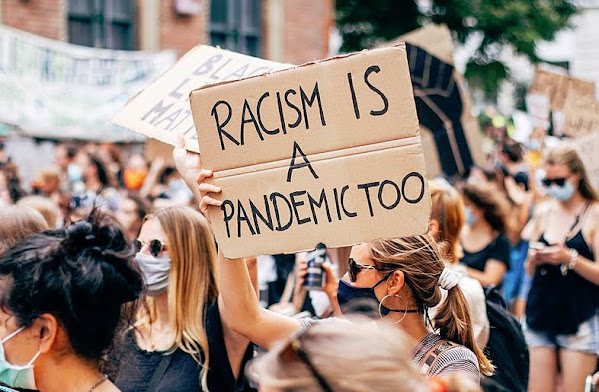 Let's say a Kansas City "activist" woke up too late to run the marathon.

Never fear, there's still more opportunity for exercise AND to change the world.

KANSAS CITY WHITE PEOPLE MARCH FOR SOCIAL JUSTICE TODAY ON THE EAST SIDE!!!

SURJ KC’s mission is to stand up for people of color as a “local network organizing white people for racial justice.”

The group operates according to a set of seven shared values, some of which call for the reversal of current economic and social structures preventing the advancement of historically marginalized groups.

“We commit ourselves to taking action for racial justice and making an impact from our own situatedness,” reads a statement on the SURJ KC website. “We encourage white people to take risks in their own networks of relationships to build an anti-racist culture.”

If these activist protesters are supposed to be causing "good trouble" and working to harass people in the name of "anti-racist" culture . . . Why are they doing it in a diverse section of Kansas City???

Shouldn't they be bothering people in a mostly white part of town???

Or, as their mission statement suggests . . . Pestering their friends & associates???

It's probably not worth asking but we wish them luck nevertheless and thank them for avoiding The Plaza.

On Saturday, August 28, from 10-11:30 a.m., Showing Up for Racial Justice Kansas City will march from Lincoln College Preparatory Academy to the Black Archives of Mid-America at 18th and Vine. SURJ KC's mission is to stand up for people of color as a "local network organizing white people for racial justice."