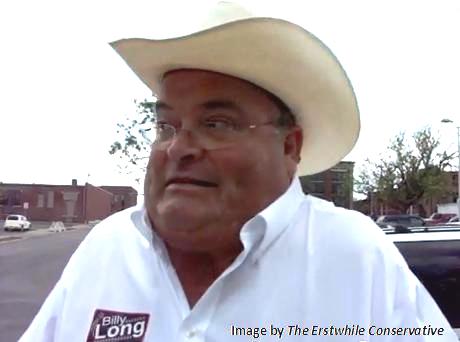 A MAGA hardliner and punch line to a great many late night jokes now hopes to be Missouri's next Senator.

The Turner Report has been following his career and had this story first along with deets about the meeting with Prez Trump.

Other news outlets don't seem quite so amused.

Long's advisers include Jamestown Associates, the prominent Republican media firm that crafted ads for Trump's presidential campaigns, and Caroline Wren, who was a top fundraiser on Trump's reelection effort. Long has also signed on Kellyanne Conway, who was counselor in the Trump White House and managed the final months of his 2016 campaign, to serve as a senior adviser.