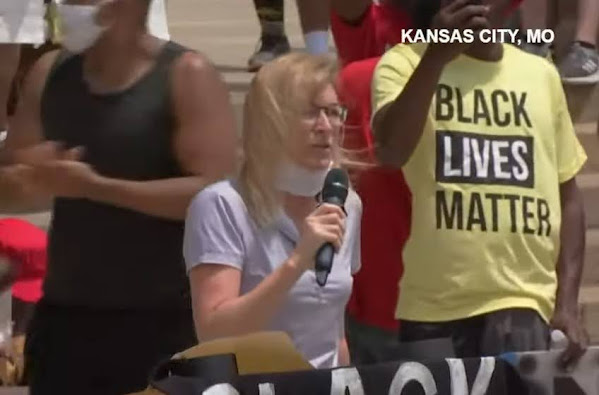 A community news outlet shares a SCATHING INDICTMENT that reveals more than a bit of political frustration with a top ranking officer of the court.

In a high-minded screed that references the a great deal of constitutional law . . . This passage stands out:

"As she has embarked on her campaign against the police, indicting officers on her own initiatives, then engaging the media, and other sympathetic outlets to further her personal objectives. One needs only read her request to the US Attorney General to come to this conclusion. In that letter she states that “Officers indicted on charges are still employed by the Kansas City Police Department.” Have these charges been adjudicated by a court of law? Have they been found guilty of these offenses by a jury of their peers? In her press conferences, and repeated statements, she has sought not to seek justice in a court of law but instead to convict in the court of public opinion. Now she seeks to engage the federal government’s assistance in her pursuit of her perception of justice and in doing so seeks to deny these officers their freedoms of life and liberty."

"We hold these truths to be self-evident, that all men are created equal, that they are endowed by their Creator with certain unalienable Rights, that among these are Life, Liberty and the pursuit of Happiness. That to secure these rights, Governments are instituted among Men, deriving their just powers from the consent of the governed."