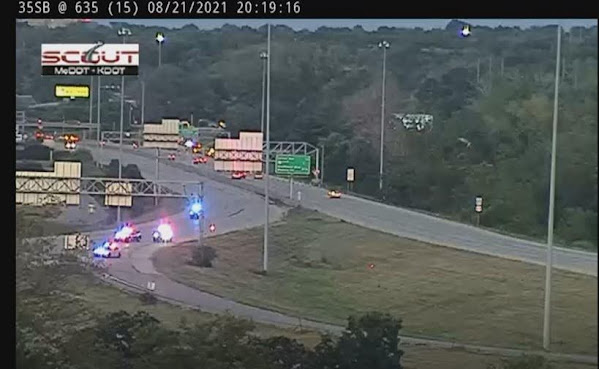 Local media shares a peek at real life and reminds us that we all have our bad days.

Here's the story behind a weekend slow down that earned a great deal of outrage from the suburbs & urban core alike . . .

"Police believe the domestic issue led to the standoff when THE SUSPECT lost control on the highway after saying he wanted to hurt himself and telling officers he had a gun."

Cooling centers have opened in Independence, Missouri, as a heat wave scorches temperatures in several states in the Midwest and South. Heat advisories Monday cover parts of 10 states, including Kansas, Missouri and Illinois in the Midwest, according to the National Weather Service.