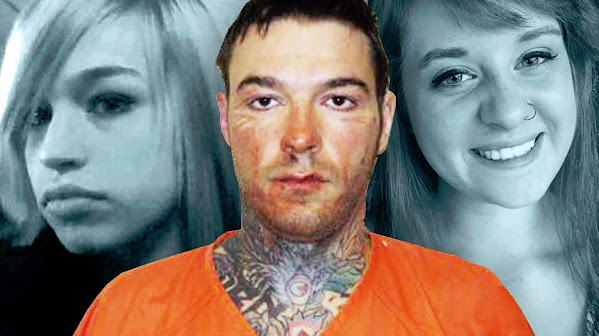 A local lady killer starts serving his sentence and we share a bevy of news on police action, ALLEGED misdeeds and continued local scamming.

CAMERON, Mo. - Convicted killer Kylr Yust was moved to a new location where he is expected to serve years behind bars. Yust was moved from Cass County jail in Harrisonville to a Missouri Department of Corrections facility in St. Joseph in June. He is now at the Western Missouri Correctional Center in Cameron, Missouri.

OLATHE, Kan. - An Olathe police officer is cleared after the Johnson County District Attorney determined a shooting in a parking lot was justified. District Attorney Steve Howe released the findings Thursday of his investigation into the police-involved shooting outside Strip's chicken on May 26, 2021.

A commission has a passed a new ordinance that hands down a large fine for carelessly discharging a firearm in Johnson County.Stray bullets could cost you a $1,000. The county commission passed the new ordinance earlier this morning. Anyone who fires a gun in a careless or dangerous way could be issued that fine.

LEE'S SUMMIT, Mo. - Detectives hope two pictures will help lead them to a driver involved in a hit-and-run in Lee's Summit. Police say the crash happened Tuesday near N.E. Anderson Drive and Northeast Turquoise Drive. That area is southwest of the Interstate 470 and 40 Highway interchange.

JACKSON COUNTY, Mo. - The Jackson County Sheriff's Office is warning people to make sure they know who they're talking to when they answer the phone. The Sheriff's Office said someone is calling people pretending to be a captain from the office.


5 taken into custody, 3 released, in connection to Matney Park homicide

KANSAS CITY, Mo. - Five people who are wanted in several jurisdictions were taken into custody earlier this week in connection to the death of a man at a Kansas City, Kansas, park.

KANSAS CITY, Mo. - The Kansas City Police Department has a new policy in place and the department said it hopes it will help limit the number of people who are wrongfully identified by victims and people who witnesses crimes.