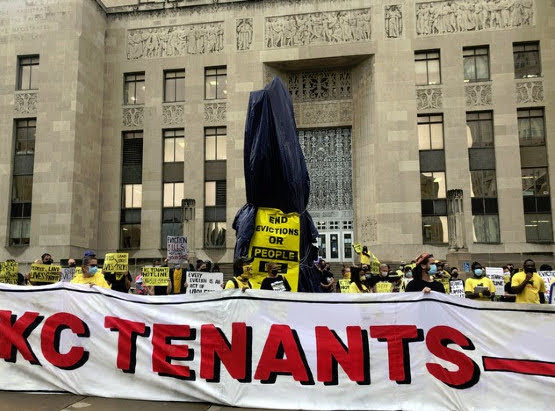 Actually, the outcry for public safety deserves to be taken more seriously than the dumb-ass TKC headline.

There are a great many contradictions from activists in this report.

We notice angst directed toward police and the landlord in question but very little accountability targeted against local political leadership that seeks to DEFUND law enforcement and hasn't really done much to improve the living conditions of these folks.

The group has also accused the corporation of neglecting its residents, who primarily are elderly or have disabilities. Tenants raised concerns earlier this year about rodents and pests, a lack of air conditioning and unsafe levels of mold at the apartment building.

The group claims Bey is not the first tenant at Gabriel Tower whose death was caused by the unsafe housing conditions and that some residents are now “terrified” to leave their apartments.

“We are all tenants who are elderly and/or have some kind of disability. We are not able to secure the building ourselves and are left to the wolves by Millennia,” Charisse Crawford, the union’s vice president, read in a statement at the vigil.

Read more via www.TonysKansasCity.com news link from a report that is VERY SYMPATHETIC toward activist talking points . . .

Neighbors and housing activists held a candlelit vigil Thursday night to honor Jessie Bey, who they said died from unsafe conditions at his apartment building. KC Tenants, a local housing advocacy group, said in a press release that Bey was "robbed and left for dead" in his apartment at Gabriel Tower Apartments.