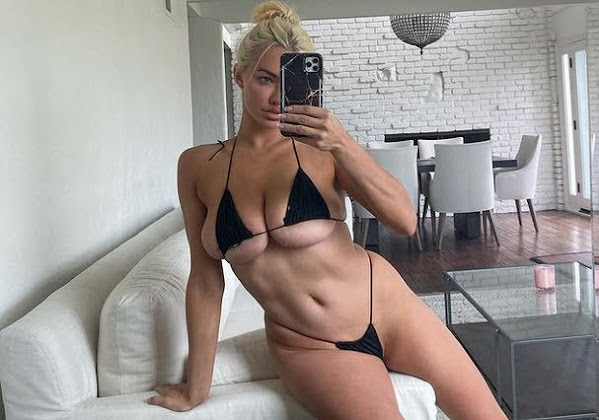 Right now hottie Lindsey and her body of work inspire this peek at pop culture, community news and top headlines.

Hide Transcript Show Transcript ROB: AFTER LEASING -- AFTER LEAVING IN STATION EARLIER THIS MONTH,IG B BOY IS RETURNING TO KANSAS CITY. THE WORLD'S LARGEST OPERATING STEAM LOCOMOTIVE, UNION PACIFIC NUMBER 4014, OR BIG BOY, IS RETURNING TO UNION STATION. IT WILL BEN ODISPLAY FOR PUBLIC VIEWING ALL DAY TOMORROW.

KANSAS CITY, MO (KCTV) -- A Kansas City man has pleaded guilty today to illegally possessing a firearm. Desmond Washington, 22, was charged with possessing a firearm after being arrested in September 2019 for being involved in a fight outside of a building on Armour Blvd.


Negotiating With Terrorists After All

The US military negotiated a secret arrangement with the Taliban that resulted in Taliban members escorting groups of Americans to the gates of the Kabul airport as they sought to escape Afghanistan, according to two defense officials.


MAGA Didn't Have A Solution Either

Trump Reveals His Master Plan for Afghanistan: We Should've 'Let It Rot'

Donald Trump has had a lot to say about how Joe Biden has mishandled the withdrawal from Afghanistan-but, when given the chance to explain what he would have done differently, Trump's master plan boiled down to leaving the country in smouldering ruins before leaving it forever.

"We must go further": 70% of adults in European Union are fully vaccinated

About 70% of adults in the European Union are fully vaccinated against COVID-19, Ursula von der Leyen, the president of the European Commission, said Tuesday. Why it matters: The milestone makes the E.U. one of the world's leaders in inoculations, after an initially lagging vaccine campaign, the New York Times notes.

We've been waiting for what feels like forever for Van Jones' response to those Kim Kardashian dating rumors-but you know what they say about better late than never! The political commentator has finally weighed in on his rumored romance with the SKIMS founder. According to Van, the rumors were "absurd."

One of Kansas City's most famous culinary marvels is getting more national attention. The and American Royal Zarda Bar-B-Q partnered to make September 1, 2021 the inaugural National Burnt Ends Day. "This is the beginning of what we hope becomes a delicious and beloved tradition in Kansas City and across the country," says Kim Palmer, Chief Marketing Officer for the American Royal.

Employers and event organizers hoping to promote a safety amid the flourishing Delta variant and the threat of fraudulent CDC vaccine cards have a new tool, said Jeremy Elias, announcing a Kansas City-built solution to track and confirm individuals' COVID-19 vaccine statuses.

We'll probably see some more moves in the next few days, but this is the starting point for the 2021 Chiefs roster. The Kansas City Chiefs have made their cuts to get the team's active roster down to 53 players before the NFL's deadline.

Gorillaz - Meanwhile... ft. Jelani Blackman with Barrington Levy is the song of the day and this is the OPEN THREAD for right now.