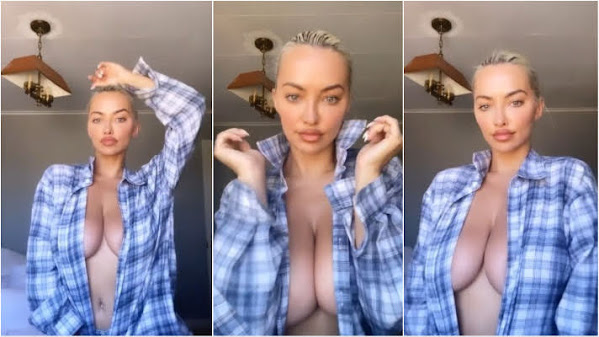 Morning storms knock out power to thousands, leave damage behind

KANSAS CITY, Mo. - Lightning, wind and heavy rain ripped through the metro Monday morning. As of 9:15 a.m. nearly 30,000 Evergy customers were dealing with power outages. The hardest hit areas were in Kansas City's Northland. Many outages have already been reported, but you can check to see the status of your neighborhood.

SOURCE: KMBC A Kansas City man who caused a crash while fleeing from police pleaded guilty Monday to second-degree murder in the death of a man from Illinois. Anthony Dorsey, 31, was accused of killing 19-year-old Nathan Pena, of Brookfield, Illinois, in a crash on Sept.

The 1904 World's Fair in St. Louis was the birthplace of the ice cream cone. In 2008, the ice cream cone became Missouri's official state dessert. To celebrate the state's bicentennial, communities were asked to hold ice cream socials on Tuesday, August 10th, the day Missouri became a state.

WICHITA, Kansas - The college business model - one that depends on students living on campus and attending classes in person - was broken even before the pandemic. COVID-19 just made things more obvious . Classes moved online. Campus buildings and dormitories sat empty. Students flocked home. And many haven't returned.

In the Season 2 trailer of The Hills: New Beginnings, Justin Bobby Brescia tells his father that he thinks he's ready for marriage and children. He's likely still in search of a partner to take those steps with, though, as he and Lindsey Pelas appear to have broken up since the show's first season.

New York Gov. Andrew Cuomo said Tuesday he will resign in two weeks because of a sexual harassment scandal that has crippled his administration.

One awful bill, one terrible bill: Hope that Dems' double-dealing dooms them both

The $1 trillion "infrastructure" plan poised to pass the Senate is a bad bill; the only possible excuse its Republican backers have is the claim that it may help stop a truly terrible one - the $3.5 trillion social-spendapalooza Democrats will introduce next.

Trump was 'in pain and afraid' during post-Covid display of bravado, niece's book says

Donald Trump was "afraid" when he put on a display of bravado at the White House after being treated for a severe coronavirus infection, his estranged niece Mary Trump has claimed. The then US president had a pained expression that Mary recognised from her grandmother, but dared not admit his fear even to himself, she recalls in a scathing new book seen by the Guardian.

WASHINGTON - Rep. Marjorie Taylor Greene, R-Ga., has been temporarily suspended from tweeting for a week after she shared misleading information about Covid vaccines on the social media platform. A Twitter spokesperson told NBC News that Greene's tweet "was labeled in line with our COVID-19 misleading information policy" and "the account will be in read-only mode for a week due to repeated violations of the Twitter Rules."

More than two dozen Chicago police officers reportedly turned their backs when greeted by Mayor Lori Lightfoot late Saturday at the hospital where an officer remains in critical condition. Chicago Police Officer Ella French, 29, was shot and killed during a traffic stop Saturday night, while her partner fights for his life at the University of Chicago Medical Center.

Biden's unlikely plan to use roads to fight racism

Tucked into US President Joe Biden's expansive infrastructure bill is a plan to knock down "racist" roads that he says harm minority communities - but not everyone he's trying to help agrees. A fine layer of soot covers the straw-yellow paint of the wooden houses that line Interstate 81, a highway in downtown Syracuse, New York state, held up by rusted steel girders and dingy pillars of cement.

Analysis: Things look grim in Afghanistan, even with US airpower. In 22 days, they could be much worse

Many thought it would happen like this. But to see it so fast, so stark, brings no comfort in the prediction. The last five days have brought Afghanistan to arguably the most perilous place in the last two decades.

Alexandria Ocasio-Cortez admits to occasionally watching Fox coverage of her: 'It's really fascinating'

Representative Alexandria Ocasio-Cortez (D-NY) sat down with CNN's Dana Bash for the first episode of the new series , where she admitted to occasionally checking out what Fox News is saying about her. Ocasio-Cortez has been a target of the right-wing network since very early in her political career, enduring attacks that paint her as something different than she actually is.

The discord between the sisters began in June after Britney gave testimony in court where she stated that she'd like to “sue her entire family,” who she claims “did nothing” to help her while she suffered under the constraints of her 13-year conservatorship.

With two new locations on the way, Common House Coffee is establishing its footprint in the Kansas City area

Fans of high quality coffee in Independence, Missouri, are probably already acquainted with Common House Coffee, but the creative café is expanding their reach with two new locations opening up in the next few months. You'll soon be able to enjoy Common House's delicious drinks in the West Bottoms neighborhood of Kansas City and in Blue Springs.

KANSAS CITY, Mo. - Four people made it out of a Northland house safely after a large tree trapped them inside Tuesday morning. Just after 9 a.m., crews from the Kansas City, Missouri, Fire Department were called to the house near the intersection of NE 56th Street and N.

As the Delta variant of the COVID-19 virus continues to spread throughout the area, the Library is partnering with KC CARE Health Center to offer FREE COVID-19 vaccine sessions at select Library locations on scheduled days and times - no appointment necessary. Get details on how to get vaccinated.

INDEPENDENCE, MO (KCTV) -- Time is ticking ... as the first day of school approaches for the Independence School District. Just a few weeks ago, they held a hiring event for bus drivers. That's where two long-time bus drivers told KCTV5 that they've seen the number of drivers dwindle over the last year.

KANSAS CITY, Mo. - Tuesday morning storms brought some much-needed rain to the Kansas City area. The storms rolled through during the 8 a.m. hour, bringing heavy downpours. Finally! The first significant thunderstorm I'm south OP in 3 weeks. This will keep the high heat down and the sprinkler off for today.

KSI x Lil Wayne - Lose is the song of the day and this is the OPEN THREAD for right now.