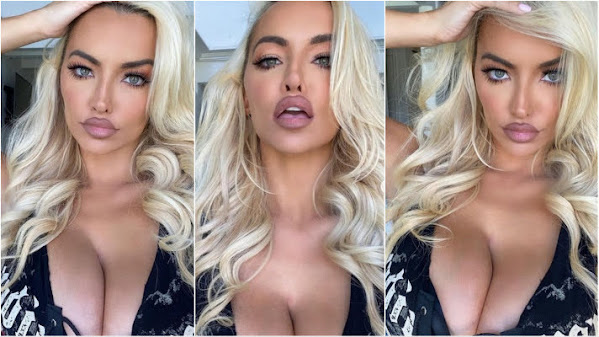 Right now at TKC we're inspired by hottie Lindsey and her body of work to check pop culture, community news and top headlines.

Staff and volunteers at Jewish Vocational Services are standing by for word if refugees escaping Afghanistan will come to Kansas City.That could be determined by any local connections or capacity.

As U.S. troops withdrew from Afghanistan and the Taliban retook control of the country, Mayor Quinton Lucas on Monday that Kansas City was ready to receive refugees. "Kansas City would proudly accept refugees from Afghanistan who have served bravely by our side over the past generation," Lucas wrote.

Hide Transcript Show Transcript WE HAVE AN UPDATE ON THAT CRASH IN OVERLAND PA.RK JOHNNY THE NORTHEAST CORNER OF 69 HIGHWAY. THE OVERLAND PARKWAYND A COLLEGE BOULEVARD, THERE IS THE DOUBLE TREE HOTEL. JUST A LITTLE TO THE NORTH OF THAT WLDOU BE INDIAN CREEK.

Lindsey Pelas didn't become an Instagram sensation with 8.7 million followers by dropping unflattering photos. The "genetically gifted" model, influencer and Eyes Up Here podcast host has revealed her best selfie-snapping tips in a new video filmed for Page Six. "I'm not Cindy Crawford as you can tell, but I do make a living based off-sometimes-my selfies.

Susan Walsh | Pool | Reuters Sen. Robert Menendez, the chair of the Senate Foreign Relations Committee, vowed to hold the Biden administration accountable for what he characterized as its botched execution of the U.S. troop departure from Afghanistan.

Fact-checking Biden's assertion that the Afghan military was '300,000 strong'

Defending his withdrawal of US troops from Afghanistan, President Joe Biden and his administration have emphasized how many people served in the Afghan military before its collapse.

Seven months after the attack on the U.S. Capitol, a high-profile suspect has finally been arrested by the FBI, HuffPost reports. Photos and footage from Jan. 6 allegedly showed a man in sunglasses and a Caterpillar hoodie dragging a Capitol police officer down the stairs.

Americans rank George W. Bush as the president most responsible for the outcome of the Afghanistan war: Insider poll

An elderly woman went missing after falling down a ravine. Her cat led rescuers to her.

A cat in the United Kingdom rescued his 83-year-old owner after she fell into a ravine by attracting the attention of bystanders with his meowing. Police in Bodmin, located in Cornwall, England, shared on Facebook last week that officers were searching for the missing woman on Saturday.

Blakk men are more than what you see on the 9 o'clock news, says members-only social club

Defining what it means to be a Black man is among the most important goals for a newly opened Midtown gentlemen's club, Christina Williams explained, offering insight into what men of color are raised and called to be - but that society has often twisted into something unfair.

Hide Transcript Show Transcript IS PROBABLY TOO MUCH INTEGTIONRA -- TOO MUCH INFORMATION, BUT I HAVE THAT COLOR ON MY TONE DEAF ON MY TOES. ONY M TOES -- ON MY TOES. YOU HAVE TO SQUINTO T SEE THOSE SHOWERS, THAT IS ONLY A 20% CHANCE AND ICOT MES UP IN THE HEAT OF THE AFTERNOON.