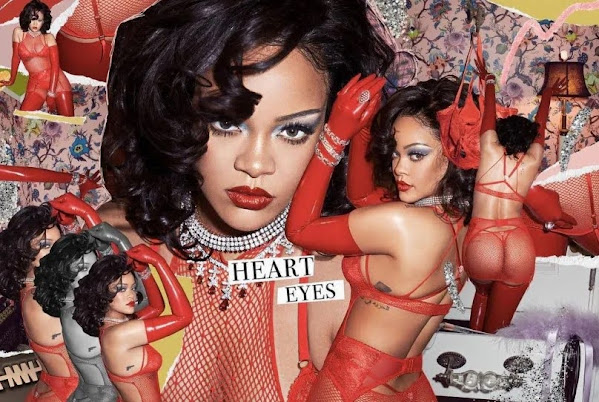 Tonight we consider the ascendance of a diva along with pop culture, community news and top headlines . . . Take a peek:

KANSAS CITY, Kan. (KMTV) - Forget the Border War between the Kansas Jayhawks and Missouri Tigers. There's a new battle along the Missouri River and it involves food. While Kansas City, Missouri (KCMO to locals), is known for its great barbecue, Kansas City, Kansas (KCK), has its own delicacy to challenge people's taste buds - Mexican food.

KANSAS CITY, Mo. - Chef Shanita McAfee-Bryant is known for her healthy and hearty meals. "Today we're making enchiladas in the tomatillo sauce, with spinach, roasted zucchini, red pepper and red rice that's going with that," she said. It's this type of meal Chef Shanita says anyone should have access to.

As COVID-19 cases are rising again and mandates are coming back, mental health experts are seeing the impact. At Johnson County Mental Health, calls to the crisis line are climbing and there are specific areas of concern.Throughout the pandemic, we've all had to deal with change. That, alone, can be stressful.

At the time, she said the aim of the line was to appeal to "every type of woman" and launched 40 different foundation shades, which at the time was largely unprecedented. It led to the so-called "Fenty Effect" where rival brands broadened their shade ranges for make-up products.

Fauci warns more severe COVID-19 variant could emerge as cases rise: US 'could really be in trouble'

Dr. Anthony Fauci warned Wednesday that another coronavirus variant could emerge as the nation's daily case rate continues to climb. In an interview with McClatchy D.C., the National Institute of Allergy and Infectious Diseases director warned that cases of the super-infectious delta variant could double in the near future.

President Donald Trump -- back in the final days of his presidency -- didn't exactly make a secret of his effort to overturn the election he'd just lost and so it's very easy to get tired of thinking about it, now that he's out of office and his official powers have been clipped.

Former President Trump Donald Trump Majority of Americans in new poll say it would be bad for the country if Trump ran in 2024 ,800 bottle of whiskey given to Pompeo by Japan is missing Liz Cheney says her father is 'deeply troubled' about the state of the Republican Party MORE on Wednesday sent an email to supporters asking them to vote on designs for membership cards indicating their alliance with him, though one of the options misspelled the word "official."

The 2015 deal between Iran and six other countries - the US, UK, France, China, Russia and Germany - saw it stop some nuclear work in return for an end to sanctions hurting its economy. But Iran re-started banned nuclear work after Mr Trump pulled out of the deal.

Elizabeth Hurley, 56, goes for a bike ride in a blue bikini top

Elizabeth Hurley is all smiles on a summer day. The Royals actress, 56, took to Instagram on Wednesday to share a photo of herself sporting a blue bikini top and white skirt. Posed on a bicycle with a large wicker basket in front, Hurley's caption read, "Even if, like me, you can't get to the beach this summer, you still deserve a treat."

OLATHE, KS (KCTV) -- As the school year approaches, some families are gearing up for another year of virtual school. This time, by choice. Over the last year, schools on both sides of the state line have developed virtual schools within their districts.


Demand For New Working-Class Grocery Model Emerges In The Dotte

Hide Transcript Show Transcript WE WILL HAVE TO DEAL WITH IT FOR ANOTHER FEW HOURS OR SO. THE CLOSER WE GET TO SUNDOWN, THE MORE LIKELY THEY ARE GOING TO BE FEWER AND FAR BETWEEN. EVERYBODY SHOULD BE CLEARING OUT BY MIDNIGHT ON FRID.AY HOUR-BY-HOUR FORECAST HAS ISOLATED SHOWERS AND A COUPLE OF THUNDERSTORMS AND THE SLOW CLEARING TRENDS.