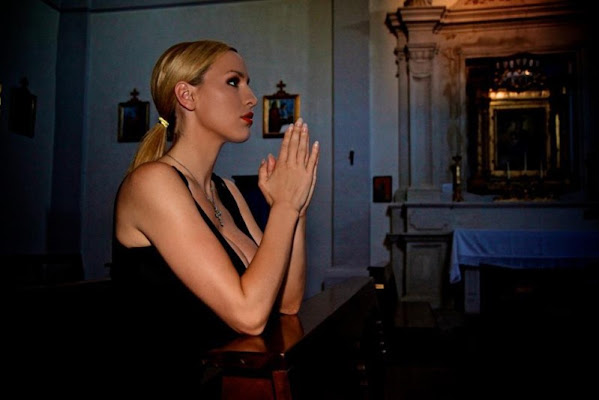 Tonight we take a moment of pause to not only consider hottie Jordan and her body of work but also to reference pop culture, community news and top headlines.

On this week's episode of the Northeast Newscast, publisher Michael Bushnell catches up with former Parks and Recreation Director Mark McHenry and former City Architect Eric Bosch, who have been instrumental in the Kansas City Museum's renovation project from the beginning.

EXCELSIOR SPRINGS, Mo. - A 6-year-old girl is dead after a horrific crash in Excelsior Springs Friday night. The crash was reported just before 8 p.m. near Orrick Road and Seybold Road. The Missouri State Highway Patrol said the driver of a 2005 Ford Focus ran off the street, started spinning and hit a parked Chevrolet truck.


About The Weekend Detour

Domestic incident leads to crash, police standoff on I-35 and I-635 in Johnson County Saturday night

MERRIAM, KS (KCTV) -- An hours long police stand off on Interstates 35 and 635 ended without incident late Saturday night. According to police, officers were called to the scene of a domestic incident between an adult male and a family member.

Wealth inequality exists among influencers, too

I used to be a pint-sized Instagram creator. Before the era of ring lights and micro influencers and whatever hot girl culture is, I ran a food Instagram called @honeybrunches, where I would share VSCO-filtered scenes of brunch spreads, lopsided ice cream cones, and over-dressed kale salads.

At a White House press conference on Sunday, President Joe Biden quadrupled down on his decision to pull U.S. troops out of Afghanistan, arguing that "history" would judge him kindly and that "there is no way to evacuate this many people [from Kabul] without pain."

WASHINGTON - The U.S. is drafting in commercial aircraft to help transport people once they have been evacuated from Afghanistan, the Pentagon said Sunday. The 18 aircraft, from United, American Airlines, Delta and Hawaiian Airlines would not fly into Kabul's Hamid Karzai International Airport, Pentagon Press Secretary John Kirby said in a statement.

A conservative talk radio host from Tennessee who had been a vaccine skeptic until he was hospitalized from COVID-19 has died. Nashville radio station SuperTalk 99.7 WTN confirmed Phil Valentine's death in a tweet Saturday. Valentine had been a skeptic of coronavirus vaccines.

In the summer of 2001, I drove up to Poughkeepsie, N.Y., to find what we called "the traditional Latin Mass," the form of Roman Catholic worship...

MEGHAN MARKLE'S BELOVED DOG SHE LEFT BEHIND IN CANADA 'DOESN'T LIKE HARRY' Pals of the couple claim Meg left her beloved dog, Bogart, behind in Canada because apparently he and Harry didn't get on. Insiders say Meghan was in bits after choosing to her "first baby" behind back in 2017.

KANSAS CITY, KS (KCTV) ---- Actor, comedian and KCK native Eric Stonestreet is engaged. Stonestreet tweeted about the engagement with his now fiancé, Lindsay Schweitzer. Schweitzer is a pediatric nurse and the two met at a celebrity fundraiser. They've been together since 2017. She said, "She'd have her people call my people."

A lot of people in Kansas City are excited that the J. Rieger & Co. Distillery plans to open the "Electric Park Garden Bar " in the East Bottoms neighborhood where the turn-of-the-20th century Electric Park amusement park was located, and I'm one of them.

by: Carey Wickersham Posted: / Updated: KANSAS CITY, Mo. - Planet Comicon drew thousands of fans to Bartle Hall over the weekend with several things to see including MINDDRIVE. MINDDRIVE is an experiential learning program for students in Kansas City.

Hide Transcript Show Transcript THAT'S REALLY SOMETHING UP THERE AND GET READY FOR TRIPLE DITIG HEAT HERE TOTALLY DIFFERENT HERE CHRIS. IT'S GOING TO BE TRIPLE DIGIT LIKE WE HAD A COUEPL OF WKSEE AGO WHERE THE INDEX VALUES CAN GET RATHER HIGH AND BE KIND OF DANGEROUS.

This is the OPEN THREAD for the overnight. We hope to have more news, jokes, insight and awesome for the morning update . . . STAY TUNED!!!