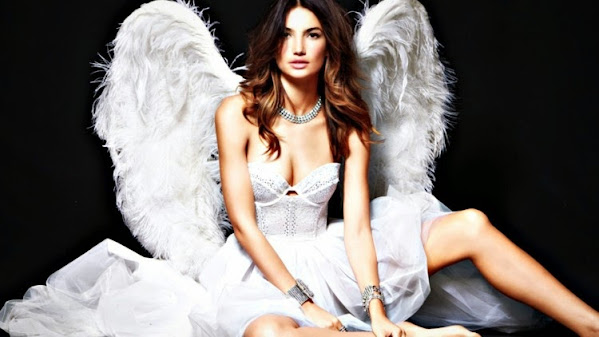 The Federal Reserve Bank of Kansas City said on Friday its annual economic symposium in Jackson Hole, Wyoming, will take place on Aug. 27 virtually and not in person as planned, the clearest sign yet of the impact of the COVID-19 Delta variant on the Fed's plans.

OVERLAND PARK, KS (KCTV) -- A local Air Force veteran who spent more than a year in Afghanistan is watching the news unfolding there with his daughter on his mind. The 22-year-old was just deployed as a U.S. Marine and he's now wondering if she will wind up there as part of the evacuation mission.

Missouri Gov. Mike Parson is launching a major program to connect the Missouri countryside to the internet.One out of four rural Missourians cannot get or does not have good connectivity to the internet.

Most of Kansas' top 10 cities grew in population over decade

SPRINGFIELD, Mo. (AP) - A Missouri Christian school teacher has been charged for her alleged role in the insurrection at the U.S. Capitol in January. Federal prosecutors this week charged Kelsey Leigh Ann Wilson with knowingly entering or remaining in a restricted building.


The West Struggles To Maintain Control

KABUL, Afghanistan (AP) - The chaos around Kabul's international airport saw another seven Afghan civilian killed in crowds, the British military said Sunday, showing the danger still posed to those trying to flee the Taliban's takeover of the country. The deaths come as a new, perceived threat from the Islamic State group affiliate in Afghanistan has seen U.S.

For the author of 'The Kite Runner,' the fall of Afghanistan is 'gut wrenching'

Khaled Hosseini's novels offer a window into Afghanistan. Here's how he sees the fall of his home country -- and what he would ask President Biden if he could.

HANGEDIGI, Turkey (AP) - From above, the new border wall separating Turkey from Iran looks like a white snake winding through the barren hills. So far it only covers a third of the 540-kilometer (335-mile) border, leaving plenty of gaps for migrants to slip across in the dead of night.

Former President Donald Trump slammed the US withdrawal from Afghanistan as "the greatest foreign policy humiliation in the history of the United States of America" during a rally in Alabama on Saturday. Trump ripped President Biden for allowing "weakness in the White House," saying that, Vietnam looks like a Masterclass in strategy compared to Joe Biden's catastrophe."

A news story suggesting the COVID-19 vaccine may have been involved in a doctor's death was the most viewed link on Facebook in the U.S. in the first three months of the year. But Facebook held back from publishing a report with that information, the company acknowledged on Saturday.

Rev. Jesse Jackson and his wife have been hospitalized after testing positive for Covid-19

Rev. Jesse Jackson and his wife are both hospitalized after testing positive for Covid-19.


Biggest Baby Boom World Has Ever Seen Soon To Arrive

"Happy to be vaxxed," she announced on her Instagram story. The actor said in an Instagram story yesterday that she tested positive for the virus. "That Delta...she's a little bitch." Hilary is helming Hulu's How I Met Your Father, which is a spinoff to the popular mid-'00s sitcom How I Met Your Mother , as a producer and star.


Bark At The Moon

Here's when you can see the rare 'blue moon' this weekend

Video above: The moon could be hiding vast deposits of future Earth fuelThis weekend is your next chance to catch the rare full blue moon before it again becomes "just a memory" until 2024.A blue moon is the third full moon in a season containing four full moons, rather than the usual three, according to Sky & Telescope magazine.


Almost Back To Normal Down By The River

PARKVILLE, Mo. - Downtown Parkville was busier than ever Friday night, as guests turned out in droves for the 2021 Parkville Days festival. It is the first time the festival has been held since the beginning of the pandemic and people seemed eager for a bit of a return to normalcy, even for a brief [...]

KANSAS CITY, Mo. - Some of the most legendary names in the history of Negro Leagues baseball are coming back to life in a new, limited-edition series being offered by Topps.

Kris Bubic has had a very up-and-down season in 2021. He was initially assigned to AAA Omaha to start the season after a poor Spring Training, was recalled to pitch out of the bullpen, pitched so well there that he forced himself back into the rotation, and since rejoining the rotation has had some good starts and some bad starts with the only guarantee that no one has any idea how good the next one will be.

Severe storms possible but not likely for Sunday

Hide Transcript Show Transcript KATIE HORNER WHEN I WAS A YOUNGSTER AT THE CLINTON MISSOURI SCHOOL DISTRICT, WE DID NOT HAVE AIR CONDITIONING IN OUR BUILDING SO WE HAD LIKE THIS RIGHT? YEAH A WEEK LIKE THIS MEANS WE'D GO FOR MAYBE A DAY OR TWO AND THEN WE'D HAVE LIKE HEAT DAYS.

Ray Charles - Hallelujah I Love Her So is the song of the day and this is the OPEN THREAD for right now.