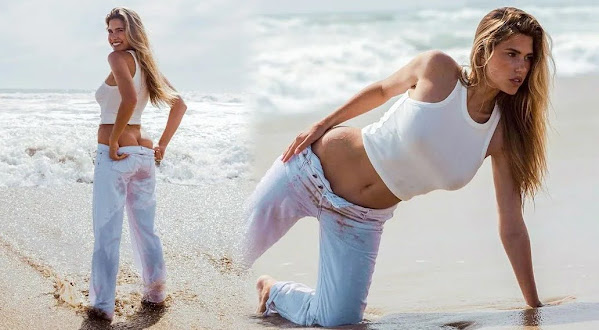 Carol Coe to be honored Saturday with bridge-naming ceremony

KANSAS CITY, Mo. - Contractor Jerry Shane Fellers always has excuses as to why he never completed the job someone paid him to do, but the Missouri Attorney General's Office isn't buying them. The attorney general charged Fellers this week with 13 felony counts for defrauding Missourians out of $145,000.

KANSAS CITY, Mo. - A Kansas City pharmacy is now prohibited from filling prescriptions without checking what medical practitioner filled the order after the U.S. Department of Justice found it had filled hundreds of forged prescriptions.

KANSAS CITY, MO (KCTV) - On Thursday, U.S. Sen. Jerry Moran (R-Kan.) wrote a letter signed by more than 50 senators from both sides of the aisle urging President Biden to cut the red tape and get people out of Afghanistan; both Americans and Afghans who helped them during the 20 years the United States military was there.


Kansas City Helps After The Fall

KANSAS CITY, Mo. - Della Lamb is one of the first stops for refugees who come to Kansas City. But it's too early to tell if any of those trying to leave the mayhem in Afghanistan will end up walking through their doors.

Kansas City Southern pushed down the line its shareholder vote on a proposed sale to Canadian National Railway Co. KC Southern (NYSE: KSU) adjourned a special stockholders meeting on Thursday and announced that it will reconvene on Sept. 3.

KANSAS CITY, Mo. - It's been two and a half years since Planet Comicon has held a convention in Kansas City due to the pandemic. Starting on Friday, throughout the weekend, thousands from across the region will attend at Bartle Hall, many dressed up in an array of outfits.

Kara Del Toro is cashing in on the NFT craze with a one-of-one art capsule featuring 10 stunning photos. If this is the first you're hearing of the popular new form of cryptocurrency, "NFT" is an acronym for "Non-Fungible Token." While most other cryptos like Bitcoin are mutually interchangeable, an NFT possesses a unique encrypted ID, making it irreplaceable.

or Donald Trump, the former US president, beating the drum of "America first" was something of an obsession. "The future doesn't belong to the globalists," he once told the UN. "The future belongs to patriots." Last year, he was rejected by voters in favour of Joe Biden, a committed internationalist who vowed: "America is back."

A Thursday night news brief on Fox News contained a remarkable claim - that the network doesn't have enough information to determine what motivated a man spouting right-wing conspiracy theories to shut down a significant portion of Washington, DC, around the Library of Congress by claiming to have a bomb earlier in the day.

Maher torches Biden's Afghan withdrawal: 'The adults are back in charge' and somehow 'f--- it up?'

"Real Time" host Bill Maher torched the Biden administration over the turbulent military withdrawal from Afghanistan. Maher kicked off the show's panel discussion Friday night by knocking former President Trump, asserting that "everything he did" during his presidency was "f---ed up and crazy" and ever since Biden was elected and took office, "the adults are back in charge."


Pushing Back Against Terror

A high-ranking former Afghan government official said Friday that resistance fighters - mainly made of about 300 battle-ready mujahideen members and commanders linked to the Northern Alliance - wrestled three districts in the northeastern Baghlan province out of Taliban control.

COVID-19 hospitalizations are getting more expensive for patients

Coronavirus patients who end up hospitalized - the vast majority of whom are unvaccinated - are increasingly likely to be on the hook for their medical bills, according to a new KFF analysis. Where it stands: Early in the pandemic, most insurers waived out-of-pocket costs for coronavirus hospitalizations.

The struggle is real. "Grace Under Fire" star Brett Butler revealed she's broke after a GoFundMe was created by a friend to help pay her bills. Butler - who starred on the hit '90s sitcom and made $250,000 per episode - told the Hollywood Reporter she was six months behind on her rent.

Prince Harry took a two-hour private jet flight from Aspen, Colorado, to his home in Santa Barbara, California The Duke of Sussex boarded the 20-seater plane which is believed to belong to his friend Marc Ganzi He had played in the Sentebale ISPS Handa Polo Cup tournament to raise money

CHESTERFIELD, Mo. - The name Terrell Moore might not ring a bell. But the 27-year-old is well-known to police throughout the St. Louis area, particularly in communities where there's a shopping mall. "There are people who we arrest every day for shoplifting. Everyone knows who Terrell Moore is - he's the biggest booster in St.

Greater Downtown population up 29% in new Census results CitySceneKC.com - Greater Downtown Kansas City's population jumped 29.4 percent over the last decade to 27,831 residents, according to the 2020 Census, thanks in part to people like Jessica Best. "We've lived in the Western Auto building for eight years and we've loved how the Crossroads has [...]

A new Hawaiian Bros Island Grill will open to the public at Lenexa's City Center next week. The location, which is the ninth in the Kansas City area, will open to the general public on Aug. 24, but there will be a special pre-opening this weekend.

Lawrence, KS -- The University of Kansas is offering vaccine incentives for students who will head to their first day of fall classes on Monday. Saturday afternoon KU will host a walk-in vaccine clinic at the Watkins Health Services from noon to 2:00PM. Students can also set an appointment online to receive a vaccine.

Hide Transcript Show Transcript bringing the heat. Huh? Exactly yeah. That's a foreshadowing for the nine day forecasts and tell you that a little nice cool down for the overnight a little bit of rainfall needed rainfall actually and the thunderstorm activity that kind of rumble through late evening into the early morning hours now continues to track eastward.