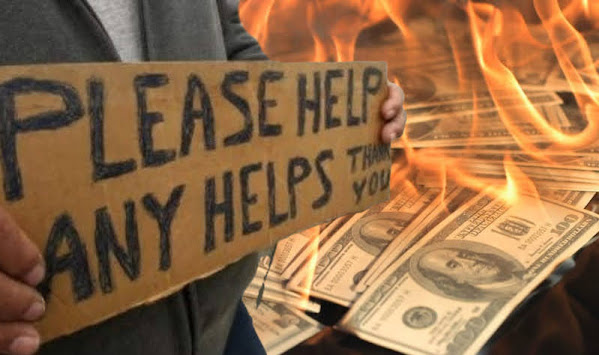 Here's glimpse at hard times getting even worse in the Kansas City metro as the eviction moratorium expires and COVID stimmy is quickly running out.

The suspects inside the vehicle are identified as an adult male and female. They ran from the scene on foot after the car crashed.

Two people were with the victim at the time but were not hit by the car and told police they were sitting there asking for money from drivers.

Sunday’s crash marked the 41st traffic fatality this year in Kansas City, according to the police department.

by: Juan Cisneros Posted: / Updated: KANSAS CITY, Mo. - A 55-year-old Independence man is dead after being struck by a vehicle that lost control near I-435 and East Truman Road at about 3:30 a.m.


Independence man hit by car off I-435, Truman; police searching for suspects

Kansas City, Missouri, police are searching for the driver who hit and killed a 55-year-old Independence man on Sunday morning.