Now it seems they're already on the way.

For now the refugees will start out in STL but we're sure they'll be in KCMO in no time at all.

For TKC that's no big deal because we remember the "Pottery Barn Rule" that warned a Republican administration of this hot mess in the making 20 years ago. The U.S. broke it . . . The U.S. bought it.

Here at www.TonysKansasCity.com we can't forget that during last year's BLM riots so many suburban activists set the Country Club Plaza on fire and then calmly drove back to more peaceful places in Johnson County and Lee's Summit. 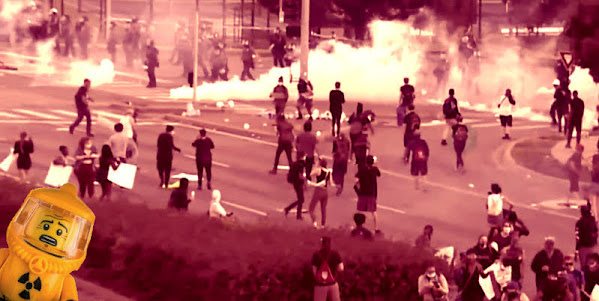 To be fair, nowadays KC Tenants march in Mission Hills and bring their activism directly to suburban streets.

We're hopeful for these new Americans and believe that suburban leaders should also roll out their welcome wagons.

Again, we share a frame of reference, remember not so long ago that Mayor Q accused suburban police of dropping off local homeless in Kansas City proper without offering any financial support.

This time around in order to support the troops and maintain American promises abroad . . . We believe that our suburban friends will help make the entire metro more welcoming to our new Afghan immigrants.

Instead of just doing a bit of charity work in the KCMO urban core and then running back to mostly-white enclaves, we think suburban progressives might take these EXCELLENT TKC ideas as a starting point to act locally and improve global diversity in their own backyard . . .

- Let's work on building a new mosque for Afghan guests in Leawood.

- KCK already has every regional Mexican cuisine represented . . . Let's spice it up even further with Afghan food!!!

- Afghans might find a great deal of fun in Overland Park.

We appreciate the volunteerism of Mayor Q and STL leaders . . . But there's so much to explore in Kansas City and suburban volunteers should encourage their leaders to take part in this historic resettlement program . . . At least until the next new activism fad arrives.