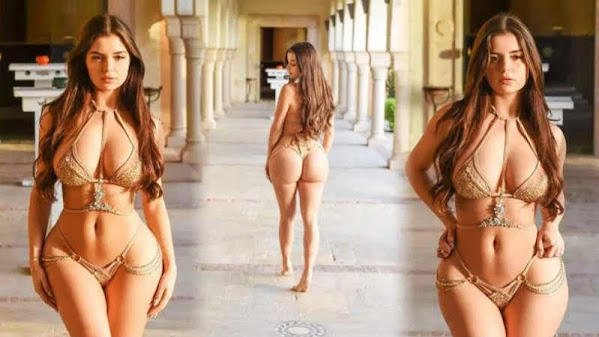 Right now hottie Demi inspires this peek at the local discourse and some of the links that deserve a peek but maybe not a post as we review pop culture, community news and top headlines.

Eviction moratorium ends; Kansas Citians now on the hook for back rent

The end of the federal eviction moratorium means some people who haven't paid their rent or mortgage in months are now back on the hook.That could be a problem for lots of people in the Kansas City area.The suspension of housing payments affected people who had a problem connected to COVID-19.

MISSION, Kan. - Making calls daily and checking emails religiously. This was the lifestyle for people aggressively seeking the COVID 19 vaccine in the not-so-distant past. How quickly things change. Now there is a glut of doses but patients are not as easy to find.

KANSAS CITY, Mo. - The Kansas City, Missouri, Health Department is investigating the third suspected heat death of the summer. On Monday, the Jackson County Medical Examiner's Office notified the health department of the death of a man born in 1956. The case is the third death in the last week potentially caused by heat.

Demi Rose puts on a leggy display in a colourful swimsuit

She has racked up millions of followers thanks to her saucy snaps and trademark curves. And Demi Rose showed off her sensational figure once more on Instagram on Monday in a tie-dye swimsuit as she posed from the comfort of a sun lounger while abroad.

At least 70% of adults in the US have now received at least one Covid-19 vaccination shot, the White House announced on Monday, reaching a target Joe Biden originally said he had hoped to achieve by 4 July.

A DC police officer who responded to the US Capitol insurrection has died by suicide, according to the Metropolitan Police Department.

How language in the infrastructure bill could roil the crypto markets

The cryptocurrency industry is lobbying hard this week against language in the Senate's bipartisan infrastructure bill proposal that could choke a vast amount of the crypto ecosystem. Language in the bill would require crypto brokers to report customer information to the Internal Revenue Service.

How Democrats Screwed Up So Royally on Evictions

Last Thursday, as the House of Representatives was wrapping up lingering business before leaving town for the summer, the White House threw a grenade into Democratic leaders' laps. You know that CDC eviction moratorium that was set to lapse at the end of July-as in, a few days later?

There may or may not be hair underneath that Yankees hat.

Thelma's Kitchen launches birthday fundraiser to help those in need

KANSAS CITY, Mo. - Thelma's Kitchen is celebrating being in the community for three years by kicking off a month-long fundraising effort. Every week in August, companies will set out to raise $5,000 and will challenge as many people in their network to match it.

Meet the Chiefs: Fans who get COVID-19 vaccine at training camp clinic have unique opportunity

by: Heidi Schmidt Posted: / Updated: ST. JOSEPH, Mo. - Fans headed to Chiefs training camp at Missouri Western State University have the chance to watch practice but can't get close to the players or coaches, according to COVID-19 protocols. That will change for a select group of fans on Thursday.

Tuesday will be another hazy day

Hide Transcript Show Transcript HUMIDITY. THE HAYS IS THE ONLY PROBLEM THAT WE HAVE TO DEAL WITH WE GO OMFR 80 DOWN TO ALMOST 68 DEGREES BY 11 O'CLOCK. SO EVEN BEFORE MIDNIGHT WE'RE DOWN INTO THE 60S AND BY TOMORROW MORNING, SOME OF US WILL EVEN DROP TO THE 50S.

G-Eazy - At Will (Official Video) ft. EST Gee is the song of the day and this is the OPEN THREAD for right now.