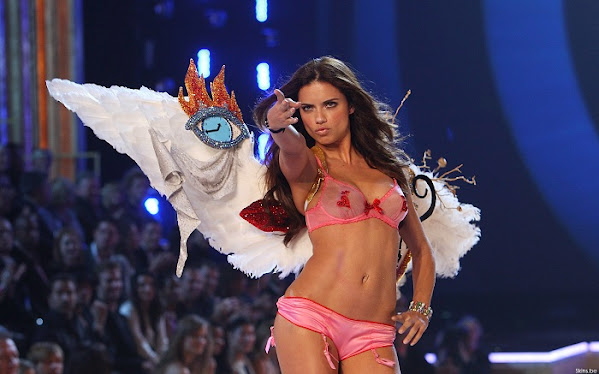 This Sunday we start just a bit early inspired by hottie Adriana and then take a peek at pop culture, community news and top headlines.

KANSAS CITY, Kan. - Kansas City NWSL earned its first win in franchise history by defeating OL Reign 1-0. Midfielder Victoria Pickett scored her first NWSL and the game's only goal in the 73rd minute after the ball was deflected in her direction off a free kick attempt by Hailie Mace.

Lenexa-based Heart to Heart International is sending a crew to two Haiti cities hit by Saturday morning's 7.2-magnitude earthquake.The first members will leave for Les Cayes and Jeremie Sunday morning, and the full team will arrive Monday. The earthquake struck about 150 km west of the capital Port-au-Prince in Haiti.

INDEPENDENCE, MO (KCTV) -- A Harley Davidson motorcycle costs a pretty penny, but for an Independence man, his bike has a much higher sentimental value than monetary. Danny Shockey's 2000 Harley Davidson Deuce was stolen from his front yard early Friday morning, despite being inside a gate, double-locked, with three cameras watching it.

She regularly shows off her sensational physique on social media. And on Friday, Adriana Lima posed completely naked as she stood at the water's edge for a breathtaking moonlit shot, which she posted to Instagram. The Brazilian bombshell, 39, held her arms above her head as she proudly displayed the curves of her body in the snap captioned: 'When two moons meet!'

The Observer view on the fall of Afghanistan | Observer editorial

he fall of Afghanistan to fundamentalist Taliban forces is a disaster foretold. Although the capital, Kabul, remains in government hands, the scale and speed of the insurgents' advance has left no doubt who now holds the upper hand. This swift implosion is likened to the final days of the Vietnam war, when the Viet Cong overran Saigon in April 1975.

U.S. Customs and Border Protection has seized thousands of falsified COVID-19 vaccine cards from China in Memphis, Tenn. Border Patrol agents have had 121 seizures of fake vaccination cards so far this fiscal year, amounting to 3,017 falsified cards confiscated, according to a statement from the agency on released Friday.

Activists reported to be associated with Antifa clashed with anti-mask protesters outside Los Angeles City Hall on Saturday afternoon resulting in multiple injuries. "Breaking: Brutal right-wing vs antifa brawl breaks out at anti-mask protest in Los Angeles," journalist Andy Ngo tweeted Saturday along with a video from videographer Sean Carmitchel who was at the scene.

Former FBI deputy director Andrew McCabe called out Trump for his comments about Ashli Babbitt. Trump has spoken out in support of the Jan. 6 rioter who was killed by Capitol Police. "When he says 'we know who you are,' that's a threat," McCabe said of Trump's call for the officer who shot Babbitt to be named.

Mr. Dougherty, a senior writer at National Review, has written extensively about faith and the Roman Catholic Church. In the summer of 2001, I drove up to Poughkeepsie, N.Y., to find what we called "the traditional Latin Mass," the form of Roman Catholic worship that stretched back centuries and was last authorized in 1962, before the Second Vatican Council changed everything.

Reconciliation Services - Give the gift of food and community

5 things we learned as the Chiefs beat the 49ers

On Saturday night, the Kansas City Chiefs opened their 2021 preseason with a 19-16 victory over the San Francisco 49ers at Levi's Stadium in Santa Clara, California. Here are five things we learned from the game: We all know that the Chiefs' offensive line was the main problem in their Super Bowl loss to the Tampa Bay Buccaneers...

Mr. Mister - Kyrie is the song of the day and this is the OPEN THREAD for right now.