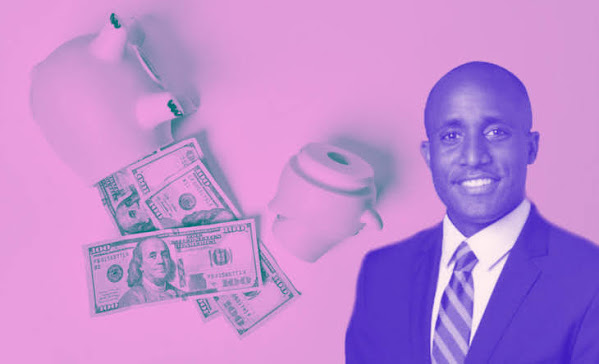 This morning we note him getting behind former Mayor Pete to ram home a sketchy deal. 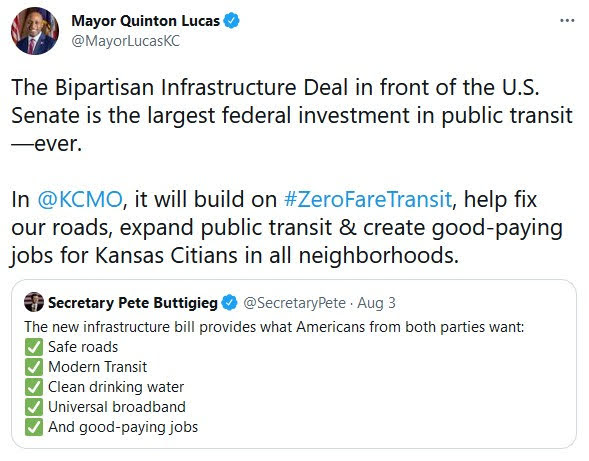 Even better and far more informative . . . Check the www.TonysKansasCity.com news link collection on the topic from both sides . . .

Former 's failure to repeal The Affordable Care Act, commonly known as Obamacare, likely drives 's support for the Senate's bipartisan infrastructure deal. Biden knows the high price legislative failure can inflict on a presidency; he also knows he is not entirely accepted by his party's ideological base.

Amtrak is a key focus of the new $1 trillion infrastructure bill in Congress. More focus is put on the rail corporation to connect the country than be profitable. Maintaining long-distance routes and food service are also focuses of the bill.

The Senate's $1.2 trillion bipartisan infrastructure bill proposes a national test program that would allow the government to collect drivers' data in order to charge them per-mile travel fees. The new revenue would help finance the Highway Trust Fund, which currently depends mostly on fuel taxes to support roads and mass transit across the country.

Shawn Dunwoody and Suzanne Mayer can remember when Democratic Sens. Kristen Gillibrand and Chuck Schumer of New York went to Rochester's Inner Loop at the end of June and emphasized the need to fund projects that reconnected neighborhoods bisected by highways. The senators' advocacy meant the world, said Dunwoody and Mayer, who created a group called Hinge Neighbors.

No stranger to the spotlight of intra-GOP controversy, Moran is giving few clues how he will vote on the infrastructure deal even as his colleagues privately offer competing predictions. Moran and other Republicans wanted to see bill text and a detailing of the measure's finances, neither of which were available before two key votes to advance the bill.

Members of the Senate introduced an amendment to the infrastructure bill Wednesday attempting to clear up confusion about cryptocurrency "brokers," based on language in the existing version that could roil the crypto markets if passed. The update, filed by Sens. Ron Wyden, D-Ore.; Pat Toomey, R-Pa.; and Cynthia Lummis, R-Wyo.

Impulsiveness, one of the defining features of a spending spree, happens when a person stops caring about cost, value, or financing for a period of time. This person just wants as many things as possible. Reckless spending tends to occur when someone did not obtain the money through hard work or smart investing.