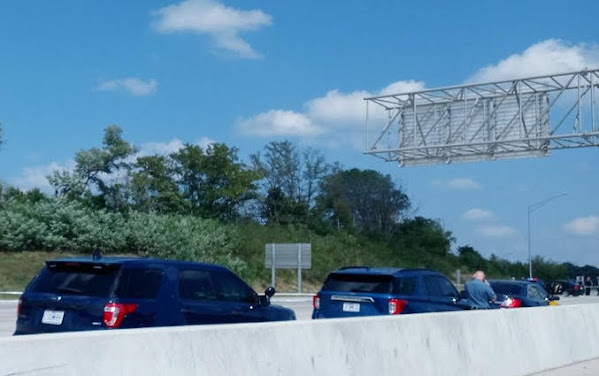 Special thanks to KICK-ASS TKC TIPSTERS and community news enthusiasts who sent these pix that were taken SAFELY whilst traffic was brought to a halt today on a major local thoroughfare.

The traffic shut down earned typical KCMO grumbling but the situation seemed serious. 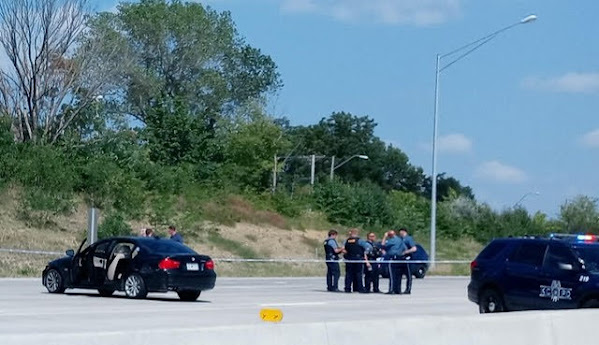 "Based on the reports of a domestic assault with a weapon, and probability that the suspect could be armed, a pursuit was initiated. The vehicle was pursued south on 71 Highway and west on I-435." 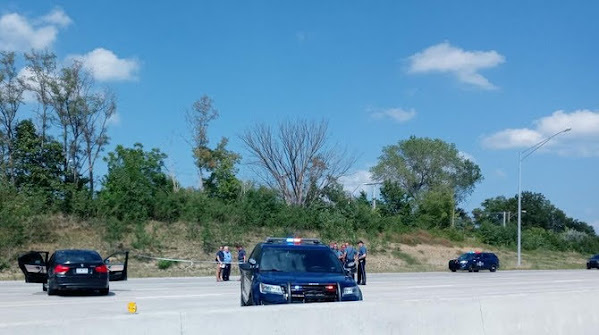 "Both the domestic violence incident and the shooting are actively being investigated by KCPD. Crime scene personnel have responded and processed the scene." 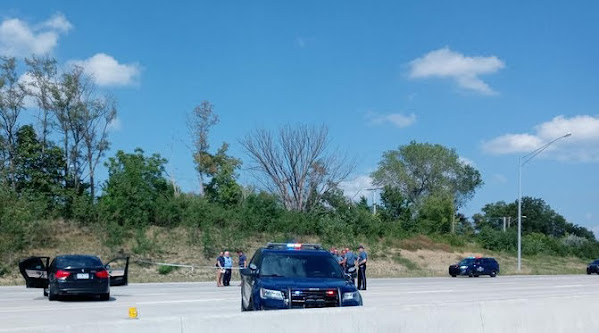 As we noted earlier, traffic has been back open . . .

Friday afternoon around 1:20 p.m., Kansas City Police Department (KCPD) officers were dispatched to the area of Sixth and Hardesty in regard to a domestic disturbance involving an assault with a weapon. Upon arrival they made contact with the victim. The suspect then returned to the scene, and fled from officers.