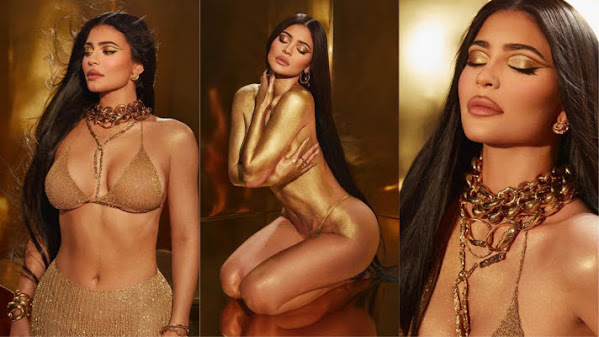 Florida Georgia Line cancels tour, including stop in Kansas City due to COVID-19

KANSAS CITY, MO (KCTV/KMOV) - Florida Georgia Line is canceling its upcoming "I Love My Country Tour 2021," which included a stop in Kansas City. The group was supposed to appear at T-Mobile Center on October 30 but is calling off the tour due to rising COVID-19 cases.

KANSAS CITY, Mo. - Two KCMO police officers and one woman in a second car were injured in a traffic crash Friday afternoon. The crash happened about 4 p.m. in the intersection of East 23rd Street and Prospect Avenue. Police said two officers were headed south on Prospect Avenue on an emergency call.

Delivered every Tuesday and Thursday morning A donation to The Beacon goes beyond the newsroom. We amplify community voices, share resources and investigate systems, not just symptoms. The Beacon in your inbox. In-depth reporting delivered every Tuesday and Thursday morning. Eighty-five years of experience have walked out of the Kansas City Auditor's Office in the past year and a half.

For the past week, Dorothea Johnson said she has boiled water inside her apartment at least four times a day since her hot water stopped working. KMBC on Thursday spoke with other apartment residents in the Harvard Court apartment complex at 4018 S.

KANSAS CITY, Mo. - As throngs of comic book fans head downtown this weekend for Planet Comicon, the city's health department hopes to vaccinate some of those convention visitors. A walk-in clinic will offer all three approved vaccines to anyone eligible.

Kylie Jenner and Travis Scott are expecting their second child together, Yahoo Entertainment can confirm. They are parents to 3-year-old daughter Stormi. "Everyone is thrilled for them," says a source close to the family, adding the stars have "been hoping to keep this private."

Fact check: Biden claims al Qaeda is 'gone' from Afghanistan. Then the Pentagon confirms it's still there

Defending the withdrawal of US troops from Afghanistan, President Joe Biden said at the White House on Friday: "Look, let's put this thing in perspective. What interest do we have in Afghanistan at this point, with al Qaeda gone?


Back To Square One

The Biden-ordered Afghanistan withdrawal and subsequent Taliban takeover has increased the global terror threat to its highest point in two decades, and without U.S. intelligence operatives in the region, an al Qaeda 9-11 style attack may be imminent, experts warn.

BLM attacks Booker for defund the police vote, says 'NO ONE' in Senate has their back

Black Lives Matter (BLM) is attacking Senate Democrats for supporting what appeared to be a largely symbolic and nonbinding measure opposing attempts to defund the police. "Tell the House to Remove the Senate's Anti-Black Amendment to the Budget Resolution," the group tweeted Friday. "They vote on this next week!"

House Democrats Just Got Serious About Reining In the Supreme Court

People infected with COVID-19 were captured in a photo this week lying on the floor in pain while waiting for antibody infusions at a treatment site set up inside the library in Jacksonville, Fla.

A Des Moines woman who pleaded guilty to two counts of attempted murder after hitting two juveniles with her vehicle has been sentenced by a federal judge.According to court documents, Nicole Marie Poole, 42, hit a 12-year-old boy in December 2019.

The Air Force said Friday that Reach 871, the C-17 Globemaster III flight from Afghanistan packed with evacuees in an instantly iconic photo, carried 823 Afghan civilians, nearly a couple hundred more than initially reported. The Air Force at first said that 640 Afghans were on the Sunday flight, as reported by Defense One.

American sex workers say subscription website OnlyFans' decision to ban "sexually explicit" content will threaten their livelihoods, push more of the industry underground, and ultimately endanger lives. "They are taking away our safe spaces," said Jane, an activist and OnlyFans creator who asked to only be identified by her first name.


Axiom Endures For The Cause Of And Solution To All Of Life's Problems . . .

Study: Beer may be a better post-workout drink than we previously thought

Related video above: Is 'beer yoga' the next big craze?Had an awesome workout? Your team won (or maybe lost) their lacrosse game? Go ahead, have a beer or two. Science is totally cool with it. A systematic review on beer consumption related to endurance sports was published in the International Journal of Sport Nutrition and Exercise Metabolism this July.

KANSAS CITY, Mo - A Kansas City man is using skateboarding as a way to inspire his neighborhood youth. Tim Quick created the "Skate Everything Kansas City" initiative hoping to give away skateboards to children in low income families. "I got introduced to skateboarding because somebody had a skateboard to give," Quick said.

by: Sydnie Holzfaster Posted: / Updated: OLATHE, Kan. - In an effort to move away from traditional indoor dining options, Pizza Hut is hoping to open a new drive-thru location in Olathe. On Monday, the Olathe Planning Commission will review a preliminary site plan for a new Pizza Hut drive-thru near West 151st Street and South Black Bob Road.

In conjunction with the opening of Pleibol! In the Barrios and the Big Leagues, Northeast News Publisher Michael Bushnell sat down with Topeka, Kan., native and 20-year Major League veteran Mike Torrez and exhibit curator Dr. Gene Chavez to talk about Latino baseball and Torrez's experience coming up through the American Legion Leagues in Topeka during the 1950's before signing with the St.

This week on the Streetwise podcast we discuss pushing away the Earth, enjoy a reading of Liz Cook's review of Society, vibe to Stephonne's track "The King's Gambit." and chat with Carolyn Glenn Brewer about her book "Beneath Missouri Skies, Pat Metheny in Kansas City, 1964-1972."

KANSAS CITY, Mo. - A line of strong thunderstorms moving in from the west will continue to hold together and work their way to the metro in the next few hours. As a result of what's going on with the storms west of here, a few counties in the metro area now included in a Severe Thunderstorm Watch until 2 a.m.