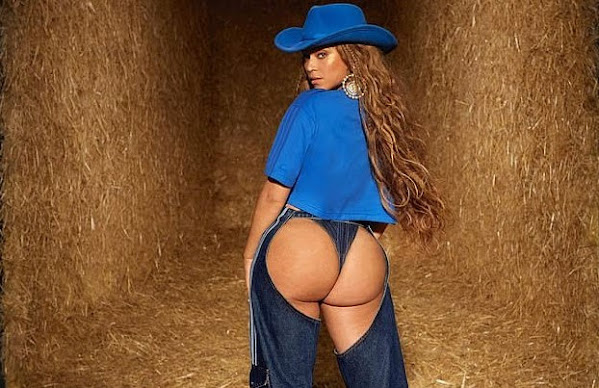 Tonight on #TBT the ample body of work from a pop diva inspires us to check pop culture, community news and top headlines.

Take a peek at the www.TonysKansasCity.com collection . . .

As high school students head back to class in Kansas City Public Schools, some will enter a very different learning experience. The pandemic highlighted a need for flexibility. So, if traditional school hours don't work, Evening Academy might be for you. Monday, high school students will fill the hallways at Manual Career Technical Center.

KANSAS CITY, Mo. - Cerner, which is based in North Kansas City, has announced it's hired a new president and CEO. David Feinberg will take over the position on Oct. 1 from previous CEO Brent Shafer, according to a release from Cerner.

For the past week, Dorothea Johnson said she has boiled water inside her apartment at least four times a day since her hot water stopped working. KMBC on Thursday spoke with other apartment residents in the Harvard Court apartment complex at 4018 S.

KANSAS CITY, Mo. - Treads & Threads, a fundraiser for cancer care, has been postponed due to the COVID-19 pandemic. The University of Kansas Health System announced Thursday that the annual black-tie gala is canceled for 2021. It had been scheduled for Sept. 10 at Kansas Speedway.

Beyonce shows off her bare butt in thongs worn under CHAPS

Beyonce went for saucy cowgirl chic in a tiny, white crop top paired with a daring pair of chap-style jeans from her new Western-themed collection. While rocking a white cowboy hat on top of her voluminous curls, the 39-year-old singer teased her upcoming line, which will be sold exclusively at Adidas.

The U.S. embassy in Afghanistan on Wednesday said it "cannot guarantee safe passage" to the Kabul airport, a reversal from government officials' assurances Tuesday that they had secured a commitment from the Taliban to not interfere with evacuation efforts.

Direct and daily: Inside the Taliban talks to salvage Biden's Afghanistan crisis

While the US State Department continues to engage in high-level diplomatic talks with the Taliban in the neutral setting of Doha, Qatar, as it has for the past year, the real negotiations have moved to the chaotic streets of Kabul in recent days, where American military commanders are in constant communication with Taliban militants over security around the airport.

Two U.S. senators announced Thursday that they contracted COVID-19 despite being fully vaccinated. Sen. Roger Wicker, R-Miss., and Sen. Angus King, I-Maine, said they tested positive after experiencing mild symptoms and are currently isolating to stop further spread of coronavirus. Positive COVID-19 tests among the vaccinated population are considered "breakthrough" cases amid the arrival of the highly contagious delta variant.

China eyeing power grab off chaotic US withdrawal from Afghanistan

Top foreign policy experts warned Wednesday that China is looking to profit from what critics are calling the U.S.' disorganized and inept withdrawal from Afghanistan. This is an "opportunity to further their bid to destabilize U.S.

Putin at summit with Biden objected to US plan of bases near Afghanistan: report

Russian President Vladimir Putin told President Biden at their summit in June he objected to the U.S.'s plan to set up bases near Afghanistan, senior Russian and U.S.


THIS STILL COULD'VE BEEN AN E-MAIL!!!

The pandemic has renewed interest in virtual reality. Facebook is trying to capitalize with a new virtual meeting room service. SAN FRANCISCO - For years, the idea that virtual reality would go mainstream has remained exactly that: virtual.

Britney Spears is under investigation for an alleged battery on one of her longtime housekeepers during an argument over Britney's dogs, but Britney and her camp say the housekeeper is making it up and the case will go nowhere ... TMZ has learned.

https://youtu.be/cGgoJQrJNDU On the excellent series The Toys That Made Us, former Mattel marketing VP Paul Cleveland explains why He-Man rides around on a giant green cat. Here's the story from Wikipedia but watching him tell it above is much more entertaining: ...While the decision was made for He-Man to have some sort of vehicle, they...

One of the Robins just came out of the closet

Tim Drake is the Robin who isn't really sure how to be Robin anymore - but in this week's Batman: Urban Legends , he's figured at least one thing out. A nice boy asked him out on a date, and Tim said yes.

MISSION WOODS, Kan. - Kansas City NWSL is bringing one of the best goalkeepers back home. The club has acquired Salina, Kansas, native Adrianna Franch from the Portland Thorns in exchange for goalkeeper Abby Smith and $150,000 in allocation money.


Hope They Saved A Lot Of Dough

Abby Hoover Managing Editor The end of an era, the neon "open" sign at Boulevard Bakery & Pastries flickered off for the last time on Saturday. After nearly 30 years, the owners hung up their aprons in anticipation of a well-deserved retirement. On Thursday, Aug.

Kansas City entered the top of the 4th with a 3-0 lead, looking to sweep the best offense in the American League. That 3-0 lead was thanks, in large part, to a sacrifice bunt from Nicky Lopez in the first and a two-run bomb in the 3rd.

LENEXA, Kan. - To help officers manage stress and improve their mental health, the Lenexa Police Department is bringing on its first comfort dog. Lexi Blue is a four-month-old goldendoodle that will provide emotional support to police officers and the community.

Apropos for this post, once again, Destiny's Child - Bootylicious was #1 in 2001 and serves as the song of the day. This is the OPEN THREAD for right now.