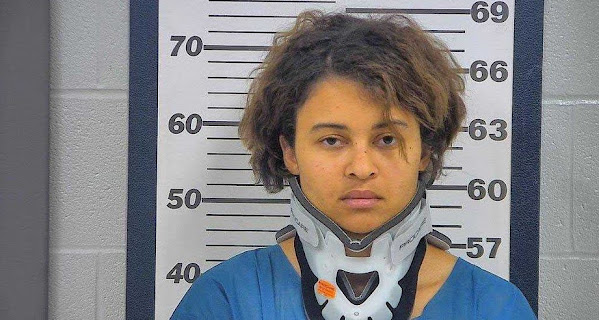 This cavalcade of human misery, police action and legal reports serve to remind readers that the metro remains a dangerous place for reasons beyond the current plague.

The top story offers a tragic look at danger for the NEXTGEN . . .

KANSAS CITY, Mo. - A Kansas City woman accused of killing one child and attempting to kill another has pleaded guilty, according to the Platte County prosecutor's office. Aushena Warren, 33, pleaded guilty to second-degree murder and first-degree assault on Friday. Warren admitted to drowning her 8-year-old son in a bathtub and attempting to smother her 6-year-old son.

CHARGES FILED AFTER A YOUNG GIRL WAS KIDNAPPED IN KANSAS CITY, MISSOURI PROSECUTORS HAVE CHARGED TRUMAN BROWN WITH CHILD KIDNAPPING AND TAMPERING WITH A MOTOR VEHICLE. POLICE. SAY HE LEFT A GAS STATION LTAS WEEK NEAR LINWOOD AND INDIANA WITH THE TWO YEAR OLD CHILD.

Westbound lanes of I-435 reopen near Holmes Road after police pursuit, shooting

Westbound Interstate 435 near Holmes Road reopened late Friday afternoon after a police pursuit and a shooting.Kansas City police said that at about 1:20 p.m., officers were called to the area of Sixth Street and Hardesty Avenue on a reported domestic disturbance involving an assault with a weapon.When officers arrived, police said they talked to the victim.


'You are responsible for every bullet': Johnson County approves new gun safety measure

OLATHE, Kan. - On Thursday, the Johnson County Board of Commissioners unanimously approved a resolution they hope will address reckless shooting across property lines. The resolution now makes it a code violation for a person to shoot a gun and have the bullet enter a neighboring property without the property owners' permission.

CALL THE TIPS HOTLINE IF YOU CAN HELP. 8-1-6 4-7-4 TIPS. NEW TONIGHT THE JOHNSON COTYUN DA'S OFFICE SAYS AN OLATHE POLICE OFFICER WAS JUSTIFIEDN I SHOOTING A MAN IN S CAR.HI THIS HAPPENED IN A RESTAURANT PARKING LOT OFF SANTA FE STRTEE IN M.AY STAFF CALLED POLICE SAYING A MAN WAS PASSED OUT IN HIS R.CA POLICE ARRIVED AND ASKED HIM TO GET OUT OF THE CAR.

KANSAS CITY, Mo. (KMOV.com) - Over 100 arrests were made, and 47 victims and sex workers were rescued following a 12-state human trafficking operation. The Missouri Attorney General's Office and the Missouri State Highway Patrol served as the main communications hub to coordinate other states' operations in "Operation United Front."